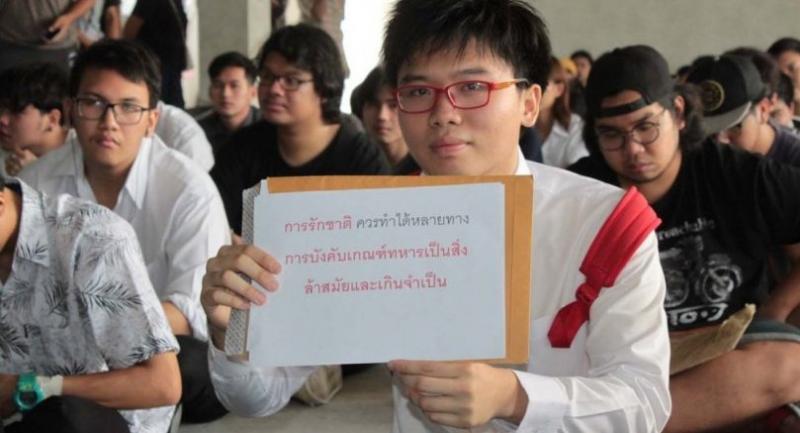 Student activist Netiwit Chotiphatphaisal on Tuesday asked for a postponement of his military conscription, saying there were many other ways to serve the country.

He submitted documents from Chulalongkorn University to certify that he is a student in the Political Science Faculty to support his request.

The Royal Thai Armed Forces is conducting mandatory conscription for men above the age of 21 who meet health requirements until April 12.

“I asked for a delay in conscription because I am serving the country by studying and that I think it is useless to serve the country by being recruited into the military,” he said.

He showed a sign to media that read: “Loving the country can be done in many ways. Being compelled to enter the draft is outdated and unnecessary.”

Netiwit is an activist and founder of the Thailand Educational Revolution Alliance.