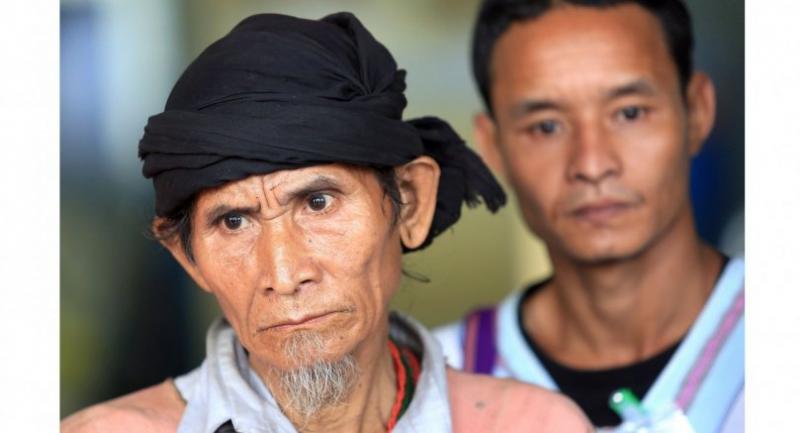 THE SUPREME Administrative Court will today read the verdict in the administrative lawsuit over the 2010 forced eviction of the Karen community from Phetchaburi’s Kaeng Krachan National Park.

Among those eager to hear the ruling will be Ko-i Mimi, the 106-year-old Karen ethnic community’s spiritual leader whose last wish is to return to his birthplace at Ban Bangkloi Bon before he dies.

The verdict will determine the destiny of Ko-i and his fellow Karen who wish to resettle in their former village and have petitioned for compensation for the suffering they endured in an enforced eviction operation under the command of former Kaeng Krachan National Park chief Chaiwat Limlikhitaksorn.

The dispute between the Karen villagers of Ban Bangkloi Bon, and the National Park, Wildlife and Plant Conservation Department stemmed from a park officers’ operation led by Chaiwat in 2011. The officers drove the Karen out of Kaeng Krachan forest by forcing all community members to move off their land and burning down the entire village along with all of their belongings.

The villagers say the forced eviction not only destroyed their homes and belongings but also violated their fundamental human rights and freedom.

Moreover, they told the court that Chaiwat wrongly labelled them illegal immigrants and forest encroachers, despite all village members having Thai citizenship and having lived in the forest long before the establishment of Kaeng Krachan National Park.

With legal assistance from the Lawyers Council, Ko-I and six other villagers in 2012 sued the National Park, Wildlife and Plant Conservation Department and Chaiwat at the Administrative Court, seeking fair remedy for their damages and the return to their former village.

Karen activist Pholachi “Billy” Rakchongcharoen, who was last seen in the custody of park officials under Chaiwat on April 17, 2014, is widely supposed to have fallen victim to an enforced disappearance after his protests against the eviction. Billy was a primary witness in the case.

Nevertheless, the Administra-tive Court in September 2016 ruled in favour of the defendants, including Chaiwit, pronouncing the forced evictions legal and dismissing the plaintiffs’ demands except for compensation of Bt10,000 per head for damage to their belongings.

Calling the verdict “unsatisfactory”, the plaintiffs launched an appeal with the Supreme Administrative Court.

Amnesty also urged netizens who sympathised with the Karen villagers to do likewise and post photos of themselves wearing Ko-I masks on their social media accounts.