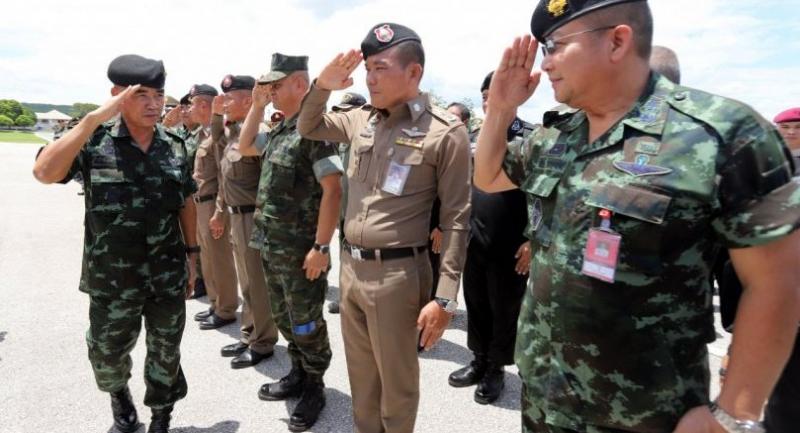 Outgoing Army commander-in-chief General Chalermchai Sitthisart and his successor Gen Apirat Kongsompong visited Pattani together on Monday morning to be briefed on the operations against insurgents in the deep South.

The generals visited Internal Security Operations Command Area 4 at Fort Sirindhorn in Tambon Khao Toom, in Yarang district, at 9.45am.

Chalermchai retires at the end of this month and will be replaced by Apirat. They were briefed on progress in the operations of all agencies in their efforts to restore peace in the deep South.