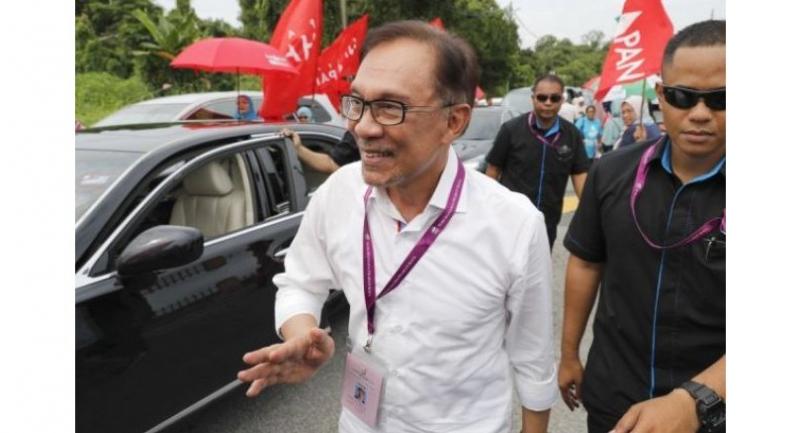 Pakatan Harapan candidate Datuk Seri Anwar Ibrahim has an unassailable lead in the Port Dickson by-election, according to an unofficial tally of the votes on Saturday.

As at 7.30pm, the PKR president-elect has secured a total of 25,409 votes, according to Fahmi Fadzil, the PKR strategic communications director.

The Election Commission said that voter turnout at 4pm was at 54%, but it has not provided the final voter turnout figure as yet.

The Port Dickson polls was triggered by the resignation of the incumbent MP Datuk Danyal Balagopal Abdullah, who made way for Anwar to enable his return to Parliament.