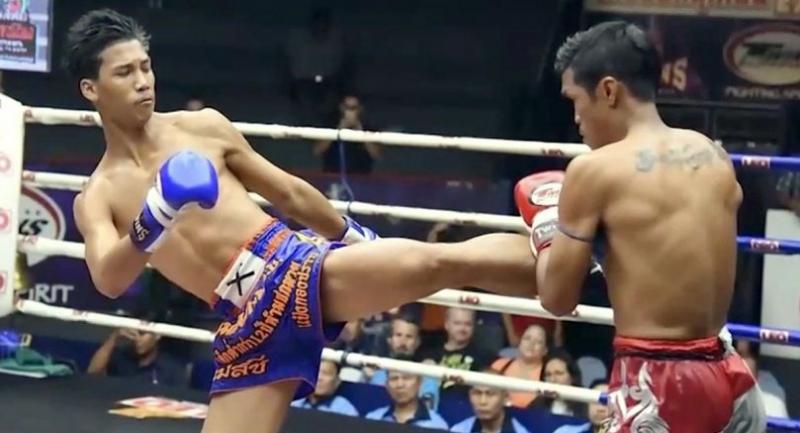 Prominent Muay Thai fighters have handed a letter to the Sports Authority of Thailand to protest a new bill which forbids children from fighting in the ring.

They said if enacted, the law would sabotage the future of Muay Thai. "Stop the |law to eradicate Muay Thai," read their banner.

The group was led by legendary boxer Samart Payakaroon, president of the Muay Thai Naiyhanomtom Association and a former WBC world champion. Other prominent boxers present when the letter was delivered on Wednesday included Kaopong Sittichuchai and Jaroenthong Kiatbanchong. Samart Payakaroon said his Association opposed the bill. "Even now, Thai boxers can barely compete with foreign fighters. If we forbid child boxing, it will spell the end for Muay Thai in this country," he said.

Likewise, Kaopong believes the new law will disadvantage Thai fighters because foreign boxers are allowed to practise |punching and kicking from as young as 5 or 6.

In an interview with TV's Channel 3, a 12-year-old boxer Purithat Poonsuk said he and many other child kickboxers objected to the bill. Purithat, who has been boxing since he was 9, is afraid that Thai boxers will lose ground to their overseas rivals.

The drafted legislation to cap the minimum age of boxers at 12 has been widely criticised by adult and child boxers, boxing camps, and match organisers.

The amendment of the 1999 Boxing Act was proposed by members of the National Legislative Assembly and is now being reviewed by the cabinet.

Those in favour of the bill include child rights activists and doctors, who say punches and kicks cause brain damage to young boxers and may lead to neurological disorders later in life, including Alzheimer's and Parkinson's Disease.

On the other hand, most boxers are from impoverished families who barely makes ends meet and see boxing as a way out of poverty.

Boxers across the country also |plan to gather to protest the bill on 12 November.