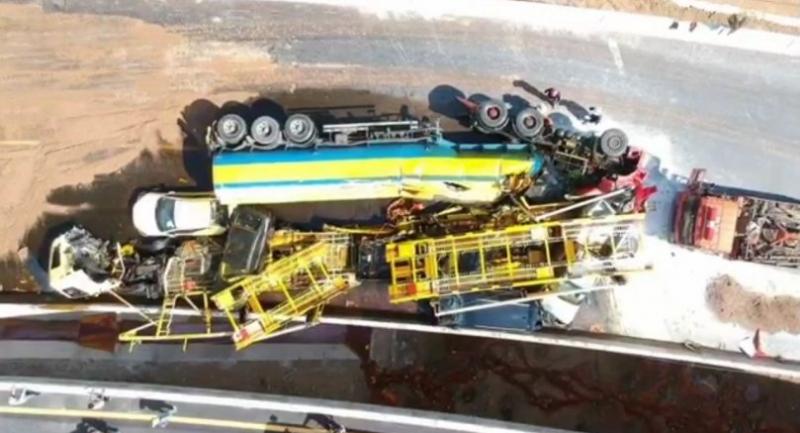 A married couple were killed on Tuesday morning when their truck careered out of control on a road in Prachin Buri and crashed into a trailer truck and an SUV. Police said the accident happened on highway No 304, in Moo 4 village of Na Di district’s Tambon Buppram, at 9am.

District chief Noppadol Ngamlua and other officials rushed to the scene to oversee the rescue operation.

The driver of a truck carrying palm oil died inside the vehicle, along with his wife, he said. Their truck had been travelling downhill when the driver lost control and hit a trailer truck transporting vehicles in the other direction.

The palm-oil truck then crashed into a Toyota Fortuner SUV.

The trailer-truck driver, SUV driver and four passengers in the SUV were injured in the three-vehicle accident, the district chief said.

Six vehicles being transported on the back of the trailer-truck were also damaged.