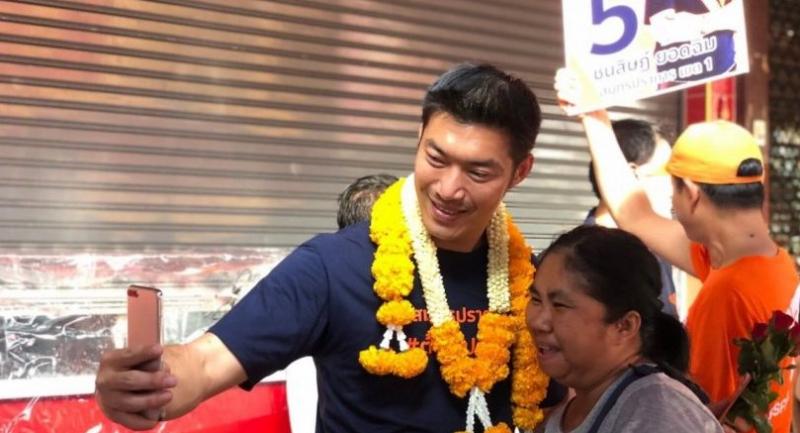 A POLITICAL pressure group will today petition the Election Commission (EC) to investigate alleged violations of the electoral law by two top executives of the anti-junta Future Forward Party.

Srisuwan Janya, secretary-general of the Association for Protection of the Thai Constitution, said yesterday that Future Forward Party leader Thanathorn Juangroongruangkit was suspected of involvement in posting false information regarding his work experience on the party’s website.

In Thanathorn’s brief biography on the site, he was earlier described as a former president of the Federation of Thai Industries, serving between 2008 and 2012, when in fact he had been the president of the federation’s Nakhon Nayok chapter.

Srisuwan said the “false profile” appeared on the site for five months. A correction was made after it was exposed in the news media and became a hot topic on social media.

Srisuwan said yesterday any candidates or political parties distributing untrue information for the purpose of gaining votes were violating electoral law. If found guilty, they could face between one and 10 years in jail, a fine of between Bt20,000 and Bt200,000, or both, he noted.

“And the court will revoke their electoral rights for 20 years,” he added.

“Nobody has been able to say with certainty whether Thanathorn and Future Forward had the intention to deceive voters. A lot of relevant factors need to be taken into consideration. The EC has to investigate this matter and refer it to a court for a verdict that will set the precedent,” Srisuwan said.

Srisuwan, who is known for regularly filing complaints against politicians and state agencies, said yesterday he would also ask the EC to investigate Future Forward secretary-general Piyabutr Saengka-nokkul to determine if he too had violated electoral law.

The activist said Piyabutr had posted on Facebook on February 18 that, “the central state joins hands with certain media groups in producing content that makes northeastern people look funny and ignorant”.

Thanathorn yesterday said he had no concerns about Srisuwan’s imminent complaint with the EC.

“We are moving forward with determination,” he said on the campaign trail in Samut Prakan province, where he was accompanying his party’s candidates to meet residents.

All parties continued campaigning yesterday in the run-up to the March 24 general election.

“I believe Pheu Thai will win all the MP seats in the Northeast and form the next government,” said the 72-year-old veteran.

In Nakhon Ratchasima province, former red-shirt leader Suporn Atthawong, who defected from Pheu Thai to run for the pro-junta Phalang Pracharat Party, said yesterday that more than 100 of his campaign posters in the province had been damaged or stolen.

“I believe it’s the work of people who want to discredit me for political ends,” he said.

Suporn showed reporters many posters that were slashed and torn down. Several bore the image of Prime Minister Prayut Chan-o-cha, who is his new party’s PM candidate.

The politician said he had told his campaign staff to file a police complaint over the damages.