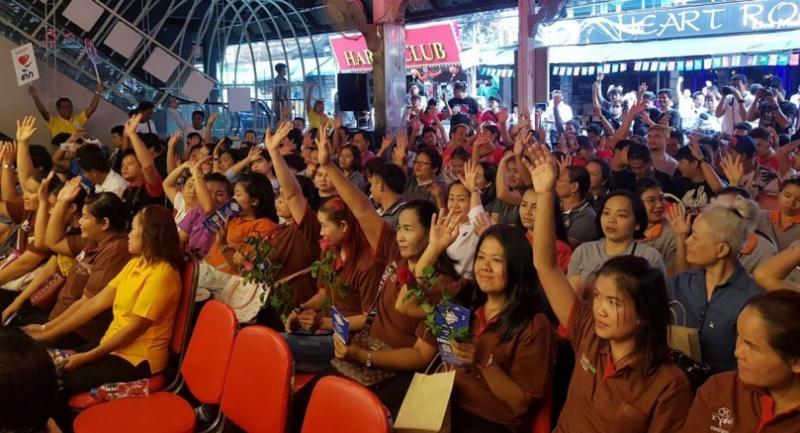 Ensuring human rights protection and social justice will remain a big challenge for the next democratic administration due to the 20-year national strategy created by the National Council for Peace and Order (NCPO) and its other legacies in the form of the Constitution and laws, analysts warn.

Though some political parties have included human-rights protection and policies for advancement of social justice in their election campaign, they will encounter obstacles, said academics and top human rights campaigners. They said that even if these champions of human rights wer to get elected and successfully form a new government, they would find the administrative structure created by the NCPO blocking any real implementation of their policies.

Assoc Professor Gothom Arya of Mahidol University’s Institute of Human Rights and Peace Studies said Thailand still has a long way to go for its human rights and social justice standards. Even though the country will soon have a democratically elected administration, the situation related to human rights protection and social justice is unlikely to improve much.

“From my observation of election campaigns, human rights and social justice promotion are not really incorporated into mainstream political debate yet, as most political parties are still fighting to win public approval by using populist economic policies,” he noted.

“This relatively weak political will on human rights and social justice in mainstream politics is a product of a conservative patronage culture and it will not provide a supportive atmosphere for the promotion of human rights.” He said that though there were some new progressive political parties actively promoting human-rights protection in their campaigns, he predicted they will encounter difficulties in implementing these policies.

He explained that this was because the junta has laid down many blocks in the country’s administrative structure that will allow them to continue to have an influence over the future administration and force the new government to stay on the NCPO’s preferred path.

“The new government will also be heavily influenced by the group of senators directly selected by the junta. So, whatever plan the new government has for improving human- rights protection and social justice is unlikely to be pushed forward smoothly.” Sunai Phasuk, a senior researcher on Thailand for Human Rights Watch, said it was not about how good the human-rights promotion policies were, but the administrative structure that would allow the junta to keep a hold on power and allow them to violate human rights even after the election. This will deter the situation of human rights and social justice in Thailand for years to come.

“The current Constitution, which was drafted by an NCPO-appointed committee, will enable every NCPO order to be effective even after we have a newly elected government and allow many oppressive and harmful orders to continue violating the rights of the people,” Sunai said.

“The only way we can avoid this unfortunate future is to let the political parties join forces and overthrow all the legacies of the NCPO, so we can really have a fresh start for the country’s advancement towards a just and free society.”