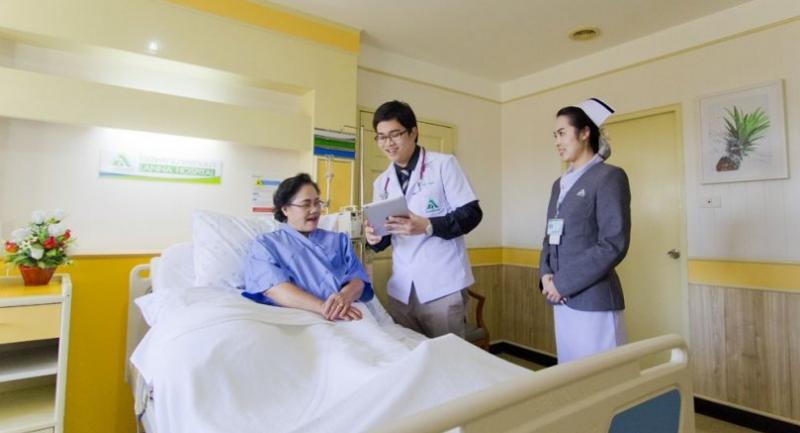 The government is considering whether it should nudge private hospitals into fully covering the university expenses of some medical students, if they want new graduates to work for them.

“For instance, Mahidol University’s Faculty of Medicine now enrols 320 students per year. We may allow the private sector to cover the expenses of 20 students in the near future,” Deputy Education Minister Professor Dr Udom Kachintorn said earlier this week. He once headed this faculty.

“After 2021, there will be more discussions between the producers and users of doctors,” he said, adding that this was a better way of dealing with the problem of private hospitals seconding new graduates. At present, private hospitals are only penalised Bt400,000 for every new graduate they take away from the public sector – which is a tiny fraction of the actual cost of educating them.

Udom was speaking in response to criticism that the Office of the Public Sector Development Commission (OPSDC) had decided that the government would in 2021 cease automatically recruiting doctors and dentists from state-run medical schools as civil servants.

The decision was reported last week, causing concern that new doctors and dentists will likely choose to work in cities and for the private sector, which will create a severe shortage in remote areas.

For decades, fresh graduates from state-run medical schools have been required to work in the public sector for three full years after graduation under a contract they are required to sign before beginning their medical courses. Statistics show most doctors posted in the provinces appreciate the value of their career and decide to stay on beyond the three mandatory years.

“The OPSDC has carefully designed the policy. I trust the number of doctors per population will be close to the Public Health Ministry’s target ratio,” Udom said yesterday, shrugging off concerns about the policy.

The target ratio is to ensure that Thailand has one doctor for every 1,200 people by 2033. Between 2018 and 2027, the government will allocate Bt93 billion in producing doctors.

According to Udom, state doctors take care of about 75 per cent of the population, while doctors in the private sector cover the rest.

He explained that the OPSDC wanted to downsize the public-sector workforce and the Public Health Ministry had to come up with measures to prevent “brain drain”.

“We will have to collaborate with the private sector more and outsource services where appropriate,” he said.

“I am sure there will be adequate doctors in the public sector. We can recruit replacements when doctors and dentists retire.

“The numbers will be maintained. It’s not like we’re not going to recruit any new doctors or dentists as civil servants,” he said.

Late last year, relevant authorities reportedly came up with a plan to drastically increase the penalty that doctors will have to pay if they fail to complete the three years of mandatory service. The new penalty will be Bt2.5 million from Bt400,000, an increase that is widely seen as a move to stop new graduates from choosing to work in the private sector and ease the shortage in doctors.

Tags:
Medical students Private hospitals may have to pay