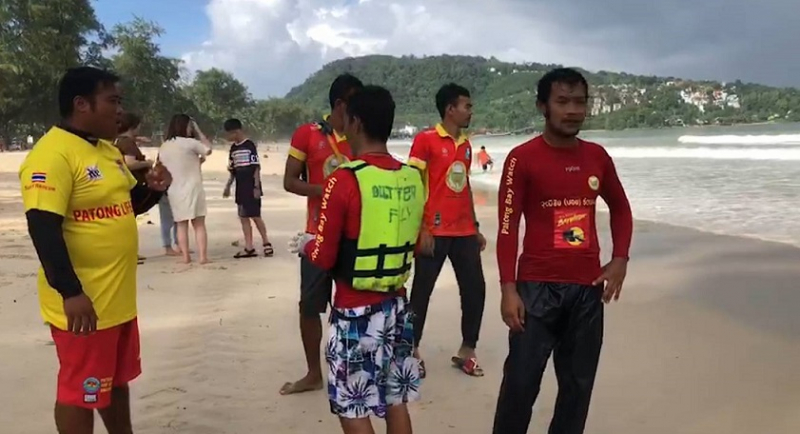 Officials are continuing to search for two tourists from the Philippines, who were washed out to sea by big waves at the Freedom Beach in Phuket.

A group of some 12 Filipino tourists visited the Freedom Beach, which is located between Tambon Karon in Muang district and Tambon Patong in Krathu district and went into the water despite strong winds and big waves. Two of them were swept away by a big wave and have been missing since Wednesday evening.

Lifeguards from the nearby Patong Beach and rescuers from the Kusol Tham Phuket foundation rushed to search for the two but the search was cancelled when night fell and the waves reached two metres high.

Officials and Patong Bay Watch volunteers resumed the search Thursday morning in two boats. The search was called off after two hours as the waves were too high. There has so far been no sighting of the two missing tourists.