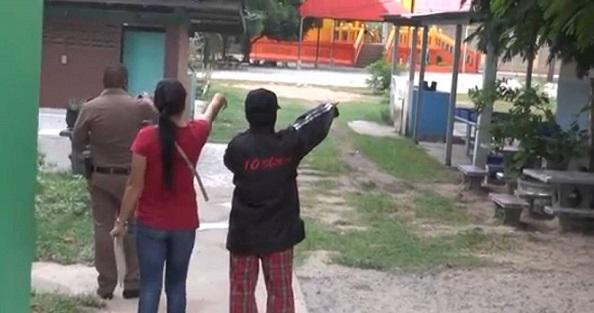 A 30-year-old Thai mother has asked a foundation to intervene in an effort to speed up progress in an investigation into the alleged rape of her 13-year-old daughter by a 16-year old boy last month in a Nakhon Ratchasima school toilet.

The mother has petitioned the Pavena Foundation for Children and Women to work with police to speed up progress in the investigation.

She and her daughter were brought to the school on Wednesday by local police to identify the rape scene as part of a police report to be submitted for the prosecutor's decision whether to indict the accused boy for “taking away” a minor under 15 for a lewd act and raping a minor under 15.

The woman, whose name is being withheld to protect her daughter's identity, has asked the foundation for help. The mother claimed this case had some suspicious points that convinced her that her family might not get justice.

The mother said that her Mathayom 1 daughter was raped on June 11 by a Mathayom 3 student at the school’s toilet, but she had learned about the attack only on July 8 after her daughter had become absent-minded and was self-harming.

The daughter told her that a female teacher knew about the attack and even gave her two emergency birth control pills to take, but that when the girl took one she developed the side-effects of stomach pain and vaginal bleeding.

The mother thus filed a police compliant and presented the remaining pill as evidence, before taking her daughter to a hospital to treat the side-effects and then preventing her from returning to school.

After she filed the complaint, the mother said the parents of the accused schoolboy and the school director had tried to clear away the case and had offered Bt40,000 in assistance money but she had refused it.

The school then sent a letter issued on July 15 to demand the girl’s return to class, suggesting she had missed school for days without a sound reason and threatened to impose a Bt10,000 fine against the family, said the mother.

That was when she decided to also petition with foundation, which was known to have helped many rape victims to get justice.

“I want the school director and teacher to take responsibility for having known about the accused boy’s behaviour but didn’t speedily intervene or notify the parents until it led to my daughter’s violation,” she said.