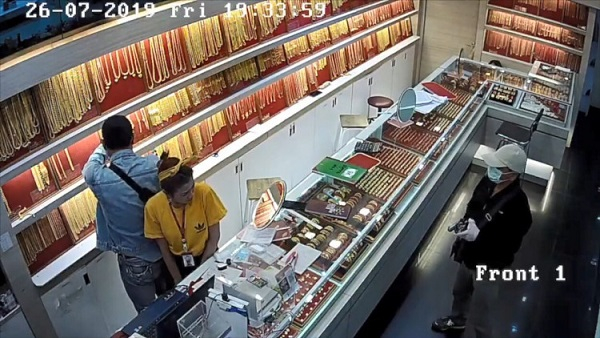 Thai police are contacting their Lao counterparts to help locate two men allegedly involved in the July 26 robbery of a gold shop in the northeastern province of Khon Kaen. The two suspects fled to Laos by crossing the natural border, a police source said on Sunday.

The information was based on the testimony of two male suspects, who are being interrogated at Muang Khon Kaen Police Station since Saturday night following their arrests earlier in the afternoon while travelling in a pickup truck on the Udon Thani bypass road. 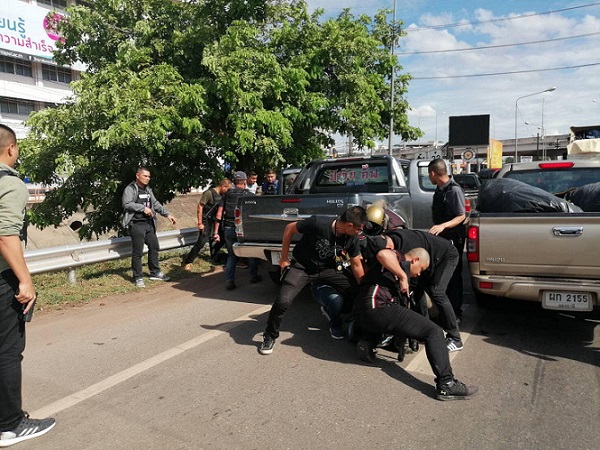 The arrested pair, Praiwan Yabundit and Suphot Phetchrangsi, said they had helped the alleged 37-year-old gang leader, Chaimongkol Jaiboon-upatham, and his accomplice Reungsak Panthong to cross the border in Nong Khai province for Bt20,000 per head.

A police probe identified Chaimongkol and Reungsak as responsible for the armed robbery that lasted less than two minutes on Friday. The duo fled with gold ornaments weighing 437 baht and worth more than Bt8.7 million. Praiwan and Suphot allegedly helped them escape and took some of the stolen valuables which were buried in a rubber plantation in Chaiyaphum to sell in the province’s Phu Khieo district and Nongkhai province's Sri Chiang Mai district.