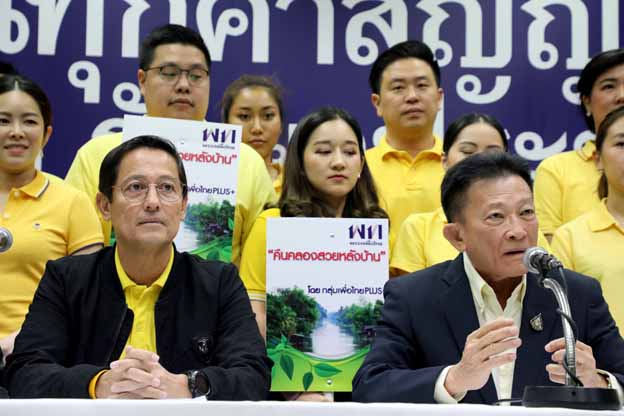 The chief whip of the opposition Pheu Thai Party issued an apology to party MPs for failing to obtain enough time for several MPs to speak during the government policy debate last week.

A source from the party said Suthin Klungsaeng, the chief Pheu Thai whip, issued the apology during the party meeting on Tuesday.

During the meeting, several Pheu Thai MPs noted that the party whips had not efficiently handled the time allocation for Pheu Thai MPs during the policy debate with the result that several failed to have their chance to speak.

Suthin then stood up to apolgise and said the whips would heed the recommendations to improve their performance.

Suthin explained that the party was given limited time and the opposition’s time slots were shortened by the government’s interference.

The MPs said they hoped to see better performance of the whips during the debates on the budget bill that would be held soon.