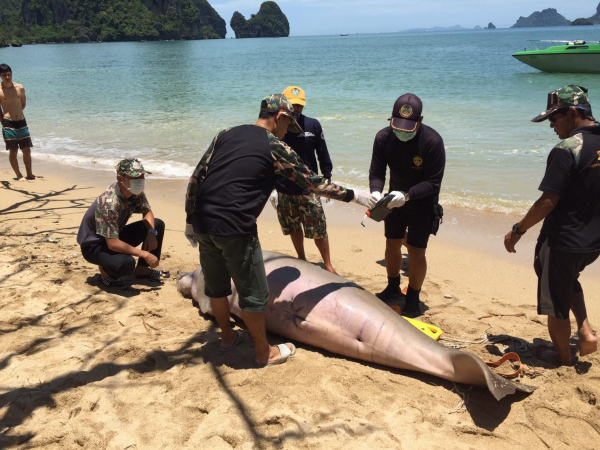 The dugong, thought to be 25 years old, was swept ashore at Ton Sai Beach in tambon Ao Nang around noon, prompting villagers to alert the park officials. The animal had bruising on its left fin and officials suspect it had died not long before the carcass was discovered. Park officials later contacted the Phuket Marine Biological Center to collect the carcass for autopsy to determine the cause of death, he added.