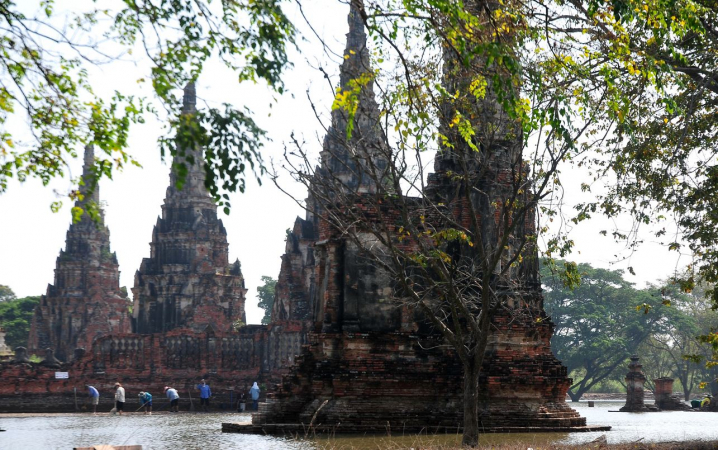 The provincial historical park in Ayutthaya has come under fire over a renovation project at a key site following the demolition of a wall.

Chief of the park, Sukanya Baonert, today visited the site at Wat Chaiwattanaram but refused to give interviews, instead ordering her staff to take pictures of all reporters at the scene.

She said only that the renovations involved the construction of a new wall on the site of an ancient wall.

Wat Chaiwattanaram has long been known as a key attraction in the old Ayutthaya Kingdom, and it is granted a World Heritage status for many years.

The issue has become an online drama and drawn a large amount of negative feedback on social media despite a third-party post defending the renovation work, saying that the “ancient wall” was not an original one, but had been re-built just 30 years ago.

The Fine Arts Bureau Regional Office Zone 3, the umbrella agency in charge of the provincial historical park in Ayutthaya, has not made any public statements over this issue or other topics mostly involving similar demolitions, which were also the subject of online debate.

The original post over the demolition of the “ancient wall” questioned why it was not being removed “brick-by-brick”, instead of in its entirety to make way for the new wall and re-wiring work.