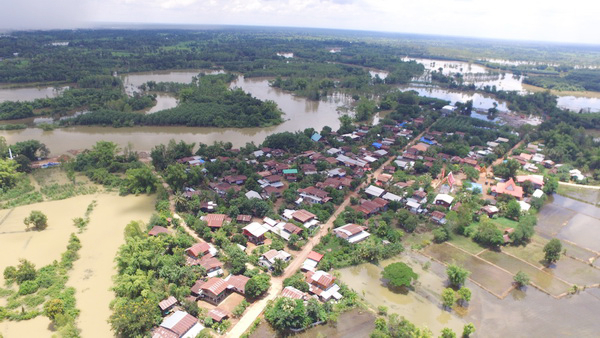 Officials said the water level in the Nong Han reservoir was rising fast because of heavy rain in recent days, prompting officials to rush to release the water through the Kam tributary.

Ban Pak Bung village in Tambon Phiman of Na Kae district where the Kam river feeds into the Bung River before it flows into Mekong River overflowed. Officials said the rising Kam and Bung rivers were putting some 300 houses on their banks at risk of flooding.

Pak Bung School was also affected and classes have been cancelled until the situation improves. So far, 100 rai of farmland in the area has been flooded and the rising waters are putting another 3,000 rai at risk..

Na Kae district chief Sri Sriputtharin has sought help from the Nakhon Phanom-based 210th Army Circle to dispatch troops to help affected villagers. The district chief also instructed officials to be on alert around the clock basis to assist residents.