Every 40 seconds, someone loses their life to suicide and nearly 800,000 people die due to suicide every year, the World Health Organisation (WHO) announced ahead of World Suicide Prevention Day, which is being marked today, September 10. Suicide is the second leading cause of death among 15-29 year-olds after road injury, the WHO said.

While noting that the number of countries with national suicide prevention strategies had increased to 38 in the five years since the publication of WHO’s first global report on suicide, WHO Director-General Dr Tedros Adhanom Ghebreyesus stressed that this was still far too few and governments need to commit to establishing them.

“Despite progress, one person still dies every 40 seconds from suicide,” said Ghebreyesus. “Every death is a tragedy for family, friends and colleagues. Yet suicides are preventable. We call on all countries to incorporate proven suicide prevention strategies into national health and education programmes in a sustainable way,” he said. 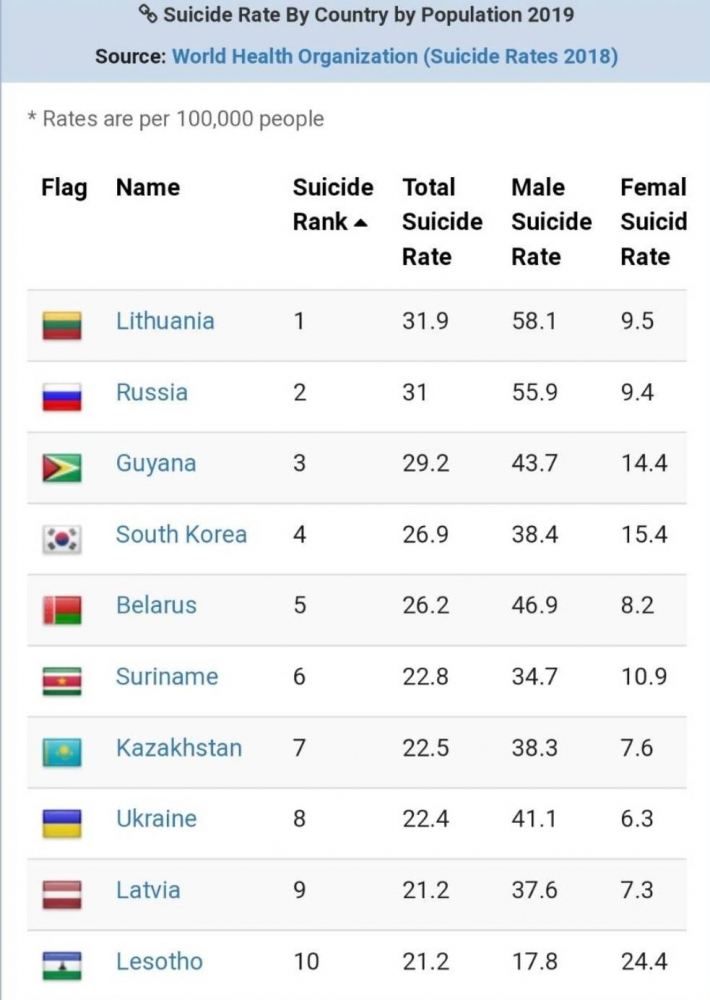 World Suicide Prevention Day has been observed every year since 2003 to raise public awareness of suicide around the world and what people can do to help prevent it.

Also today the WHO, in collaboration with global partners, launched a “40 seconds of action” campaign, which will culminates on World Mental Health Day on October 10. The theme this year is suicide prevention.

The “40 seconds of action” campaign gives an opportunity for people to help improve awareness of the significance of suicide as a global public health problem; improve knowledge of what can be done to prevent suicide; reduce the stigma associated with suicide; and let people who are struggling know that they are not alone. The WHO also urged people to share their messages, photos, illustrations and videos that are not of a private nature on Twitter or Instagram using the hashtag #40seconds and #WorldMentalHealthDay.