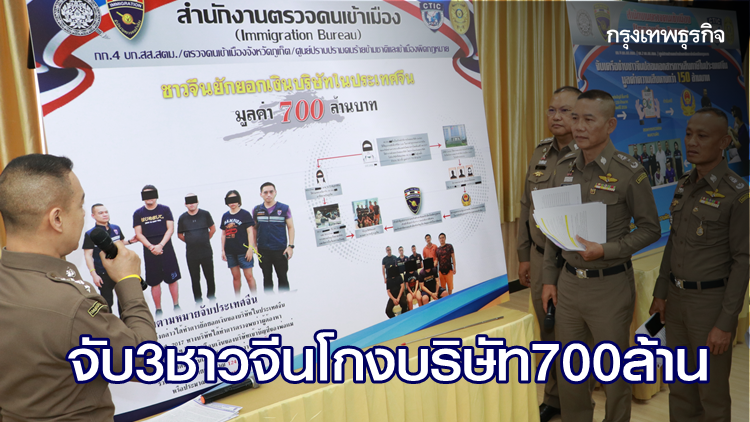 An internet banking fraud gang wanted by the Chinese government after they fled to Phuket to lay low has been tracked down by Thai immigration police.

Pol Lt-General Sompong Chingduang, the Immigration Bureau commander, on Wednesday announced the arrest of three suspects, namely Ma Jin and Li Yingquan, both 42, and Chen Zhenhua, 30. They were wanted on arrest warrants issued by Tianjin Police Department in China over a Bt700 million swindle using an internet banking transaction.

“The Immigration Bureau has been working with International Crime Prevention Unit and Phuket Immigration Office to track the activities of these three suspects,” said Sompong. “They fled from China to Phuket to lay low at an apartment in Kamala subdistrict of Katu district.”

The three Chinese nationals will have their visas and passports revoked and later be sent back to China for prosecution.

Sompong revealed that Ma, a former financial employee of a company in China, used a specialised USB stick to transfer money from the company’s internet banking transactions into his own account starting in 2017.

“He swindled over Bt700 million by making 188 transfers from the company's account, while the other 2 suspects are accomplices who fled to Phuket together.”