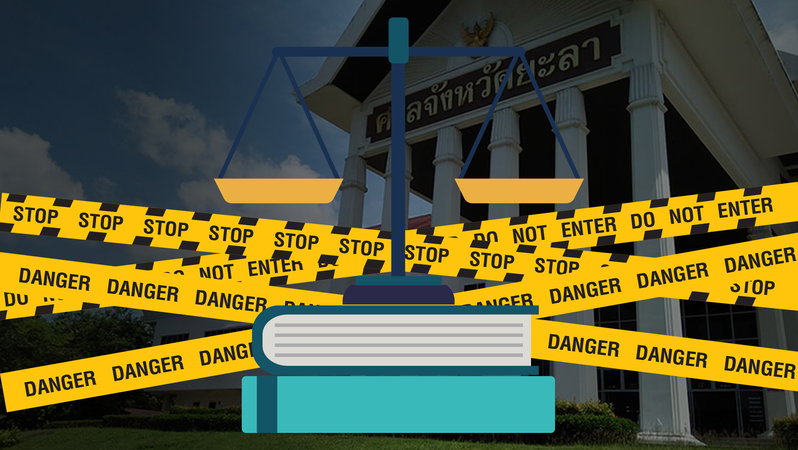 The Office of the Judiciary announced on Friday October 4, that the court will investigate a judge of Yala province court who allegedly tried to commit suicide in his court room.

Khanakorn Pianchana, a senior judge at the Yala provincial court, pulled out a pistol and shot himself at the end of a hearing on Friday afternoon, officials said. He was rushed to hospital where he underwent surgery for injuries said not to be life-threatening.

The Office of the Judiciary also reported that the judge is now in safe condition. A preliminary enquiry revealed that personal stress was the reason behind Khanakorn’s suicide attempt but the court will investigate further.

The announcement concluded with a statement that Judiciary executives were deeply concerned about the incident and are monitoring the judge’s condition closely.

Meanwhile, Future Forward Party secretary-general Piyabutr Saengkanokkul declared on Friday he did not believe the suicide attempt stemmed from stress, citing a 25-page statement that Khanakorn purportedly posted on Facebook on Friday before he shot himself.

The document states the case Kanakorn was hearing concerned national security and was related to secret associations, conspiracy and gun-law offences. The document allegedly described disagreements among senior judges over the ruling and Khanakorn’s reported decision to acquit all five defendants.

Piyabutr said Khanakorn had been sending him information since early September, asking him to help make it the public. “The priority now is to keep him safe from any harm, and I will do what he asked me to do – make this case public.”