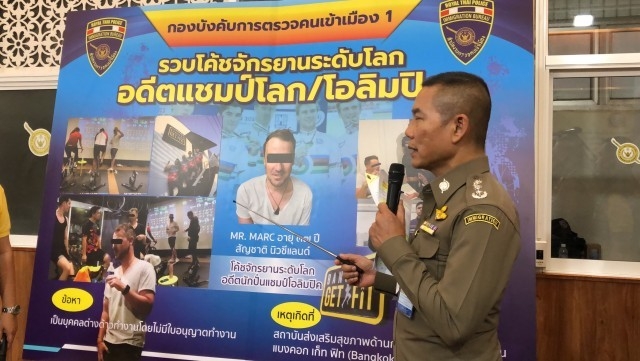 A New Zealand national, Marc Ryan, aged 37, was arrested on Friday (December 27) at Bangkok Get Fit cycling studio in Sukumvit 26 for working without a permit, said Immigration Police chief Lt-General Sompong Chingduang. Ryan is a biking coach and a former Olymic champion.

Earlier, police were informed that foreign coaches were instructing clients at the studio.

Police found that Marc entered Thailand on a tourist visa and had not applied for a work permit.

The coach was charged with working illegally in the country and transferred to the custody of Immigration Police.