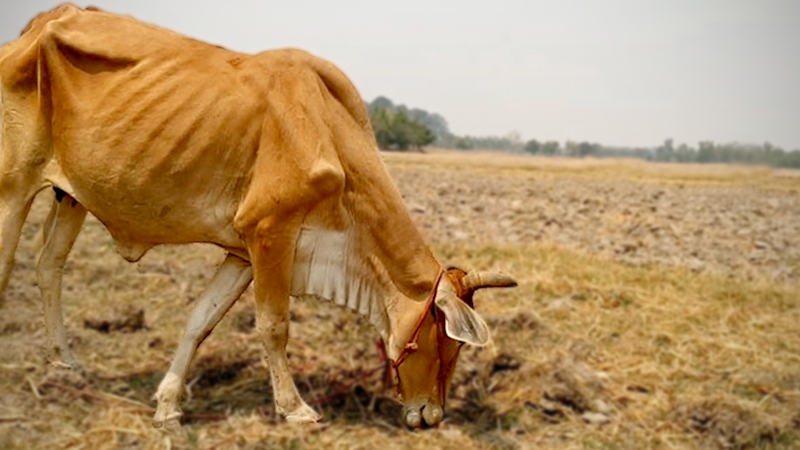 Farmers in the Thong Saen Khan district of Uttaradit province are unable to feed their livestock due to depleting water sources, a report said on Thursday (January 9).

A dairy farmer, Kanchana Thongchan, said that the drought this year had arrived before it was expected as rainfall had been inadequate. This had led to a situation where water sources for her farming area had dried up.

She added that Thong Saen Khan district was outside the irrigation zone and faced drought every year. Local farmers raised buffalo and cattle because they are drought-resistant animals.

“Currently, the shortage of water resources is very critical. I need a two-thousand-litre tank of water, carried on my truck, to feed my cattle on the field,” she said.

Kanchana explained that her cattle do not eat grass when they are thirsty, but could die if they avoided eating because of thirst.