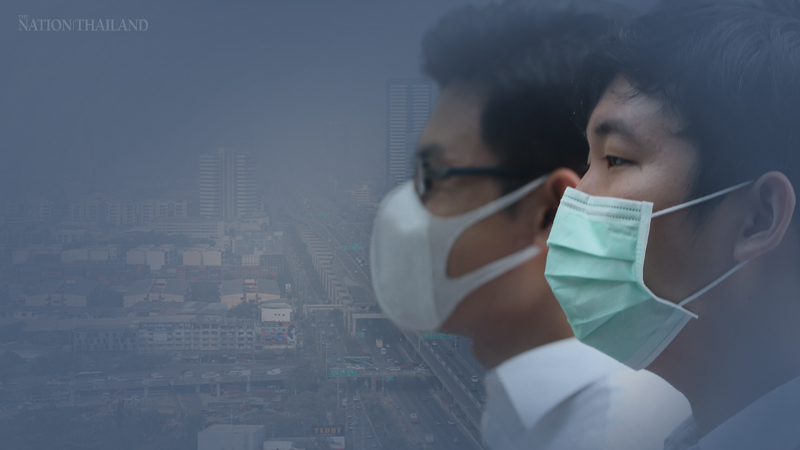 The PM2.5 dust in the air will cost Bangkok anywhere from Bt3.2 billion-Bt6 billion in lost earnings just from January 5-February 5, the Kasikorn Research Centre (KResearch) predicted on Wednesday (January 22).

The pollution was a problem at this same time last year, it noted, providing statistics indicating that the situation should abate in early February.

KResearch sees the capital’s economy impacted in terms of health, tourism and business.

People’s health is again being severely affected, especially among those with allergies and respiratory diseases, the centre said.

“From January 1-22, 2019, the number of patients treated for respiratory ailments at Bangkok Metropolitan Authority hospitals increased by about 50 per cent compared to December 2018.”

KResearch estimates health costs of between Bt2 billion and Bt3 billion this year, of which more than 75 per cent will be attributable to medical treatment.

Facemasks cost less on average this year, though, and many people kept the ones they used in 2019.

KResearch expects the dust haze to scare off Bt1 billion-Bt2.4 billion worth of tourism in Bangkok and vicinity, or 1-2.5 per cent of normal total tourist income.

“Both Thai and foreign tourists will avoid Bangkok during this period.”

The business sector in Bangkok and the area will likely lose Bt200 million-Bt600 million, mainly because people will dine out less, hurting restaurants as well as food shops and markets.

KResearch lauded the government’s priority budget to ease the pollution in fiscal 2020, but warned that “this problem requires cooperation from all sectors”.

“For example, the private sector should check the condition of all vehicles used and inspect construction sites and factories, while citizens should not burn garbage or farm detritus.”