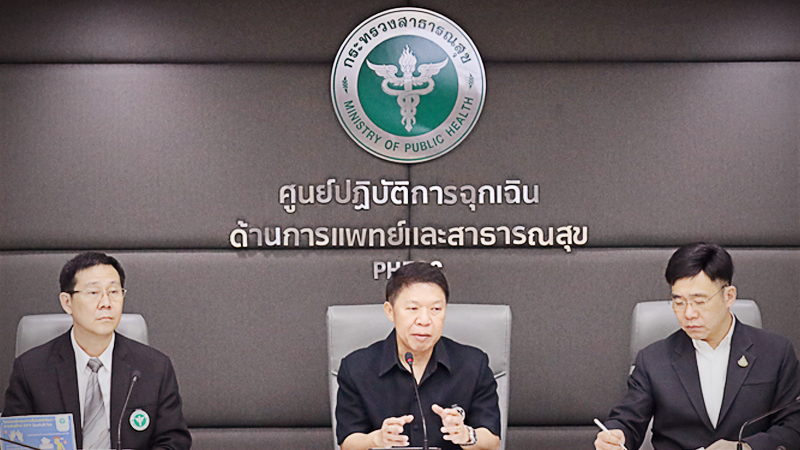 The number of coronavirus infections in Thailand has risen to 33 after a Chinese woman aged 54 tested positive for the virus, the Department of Disease Control said at a press conference today (February 11).

“The latest patient had close relations with a previously infected person,” director-general Dr Suwanchai Wattanayingcharoenchai said. “They are Chinese tourists from Wuhan who left the city before it was placed under lockdown by the government.”

According to Suwanchai, the latest patient has been put under a 14-day quarantine at Bamrasnaradura Infectious Diseases Institute after officials learned that she had physical contact with the infected person.

“The patient was reportedly displaying symptoms such as fever and coughing since February 6 and was later confirmed infected with the new coronavirus,” he said. “However, this case is not unexpected as the patient was under a higher risk of infection, being close to an infected person.”

Although having tested positive, her condition is gradually improving as doctors have treated her symptoms at an early stage, he added. And since she has been quarantined early, doctors are positive that she has no chance of infecting others.

As of today, the number of confirmed infected patients in Thailand currently under hospital care is 23, most of whom are starting to recover. Ten patients, who completely recovered, have been discharged.