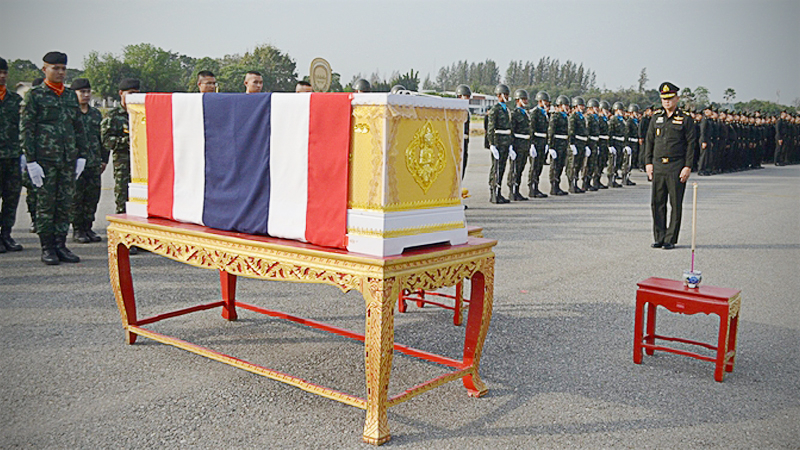 The body of soldier Metha Lertsiri (23), one of the deaths in the mass-shooting in Nakhon Ratchasima (Korat) on February 8, arrived for funeral service in his home province of Udon Thani today (February 11). 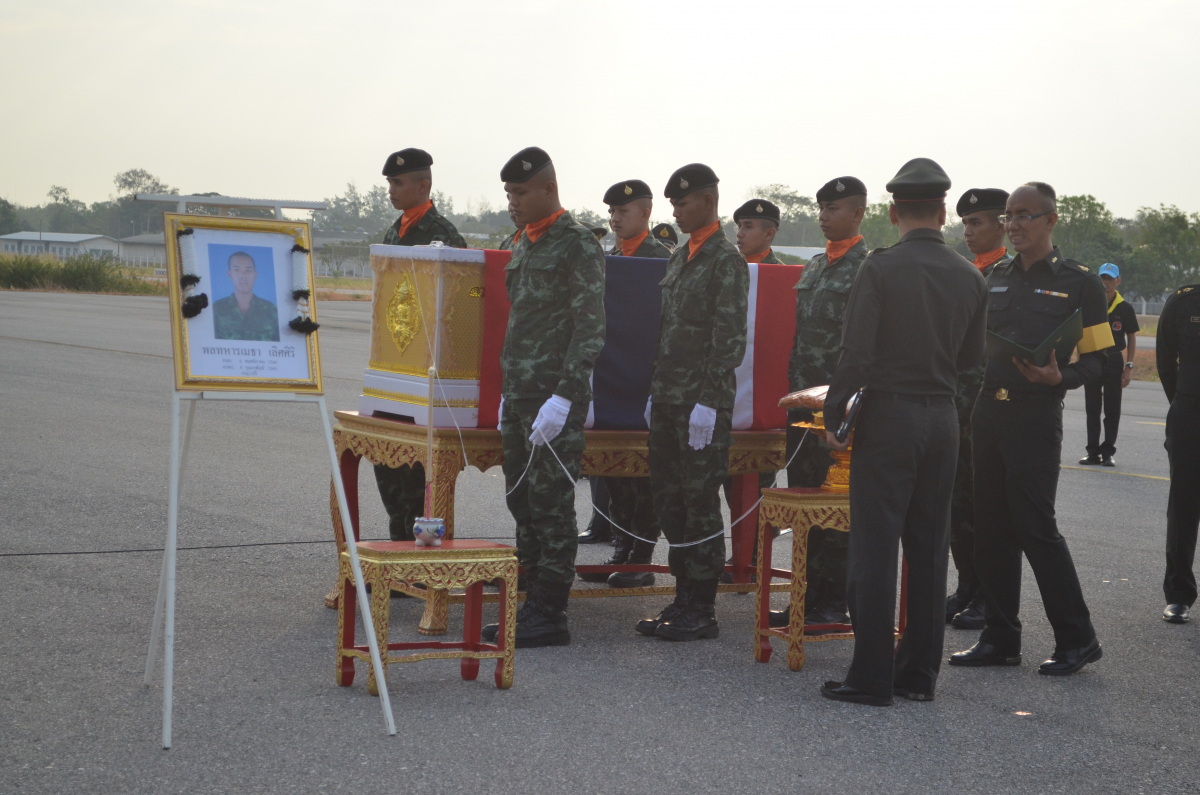 Metha was an armory guard. He was shot dead by Sergeant-Major First Class Jakrapanth Thomma while performing his duties. 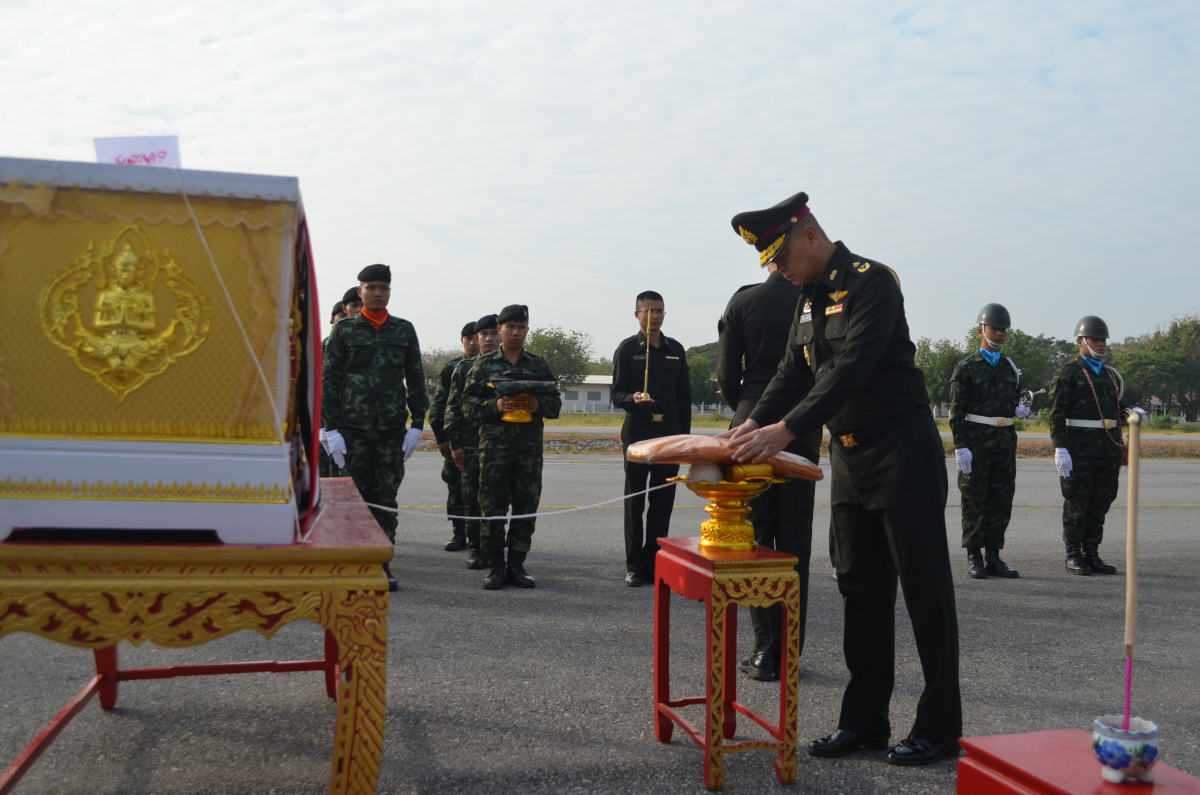 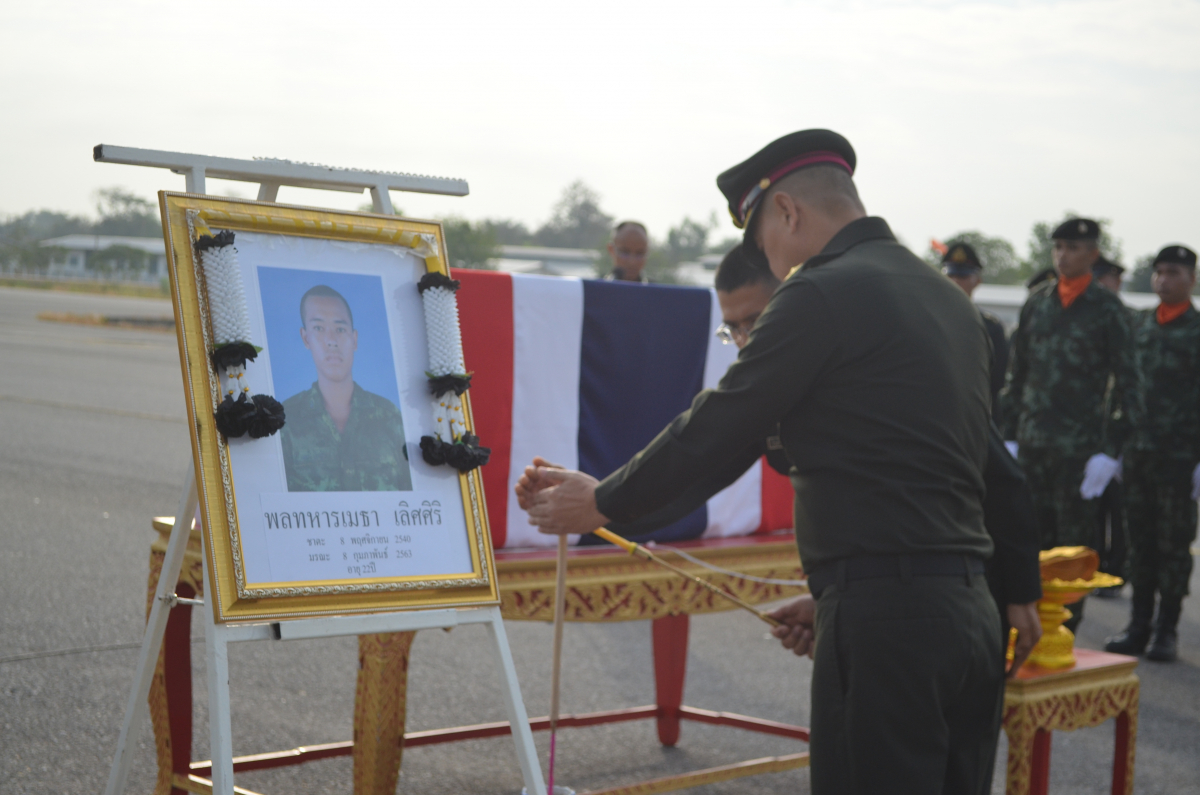 Metha was posthumously promoted to the rank of sergeant, given his pension entitlement and a subvention in accordance with government regulations. 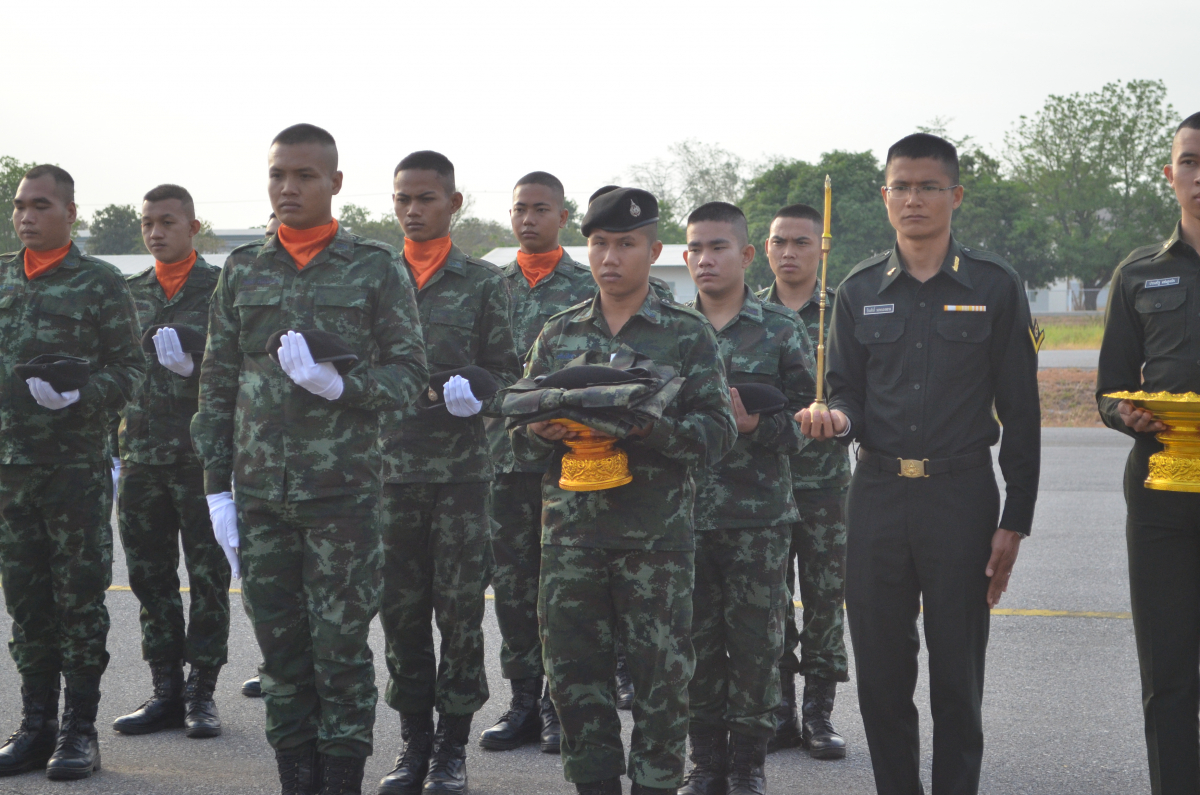