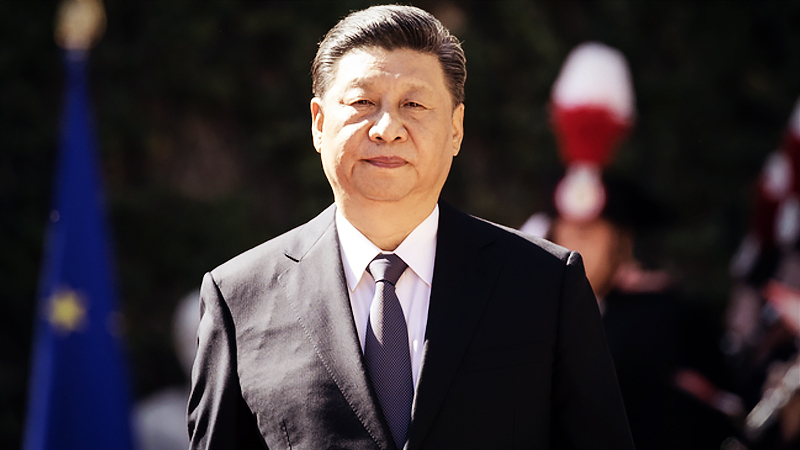 Chinese leader Xi Jinping called on the world Monday to rally behind the World Health Organization and support developing countries as he opened a WHO annual assembly after weeks of acrimony between China and the United States over a proposal to investigate the origins of covid-19.

Xi's speech, delivered via video at the invitation of WHO Director General Tedros Adhanom Ghebreyesus, signaled a growing sense of assurance on China's part. Xi pledged $2 billion in aid over two years to help other countries respond to the pandemic and, in a turnaround, agreed to an independent evaluation of the coronavirus response - once the pandemic is over.

For weeks China had been anticipating, and bitterly opposing, a proposal from Western countries to conduct an international probe into the pandemic's origins.

But China's opposition has melted in recent days as international support for an inquiry grew to include Russia, Turkey and European and African countries, and as drafts of the proposed resolution showed a focus on international collaboration to manage the pandemic, with relatively limited emphasis on questioning its source.

President Donald Trump was also invited to speak at the assembly, but declined the invitation, according to two officials, one at the WHO and one at the White House.

Secretary of Health and Human Services Alex Azar, who represented the United States at the virtual meeting, used his speech to accuse the WHO of allowing China to cover up the outbreak.

"We must be frank about one of the primary reasons that this outbreak spun out of control," he said. "There was a failure by this organization to obtain the information that the world needed, and that failure cost many lives."

Later Monday, Trump echoed his remarks, calling the WHO "a puppet of China."

Another prospect that China vehemently opposed - a Taiwanese presence at the World Health Assembly - also dissolved Monday after Taiwan's foreign minister, Joseph Wu, said the territory would withdraw its bid for observer status, which Beijing had resisted.

In a statement published Monday, Secretary of State Mike Pompeo denounced Taiwan's exclusion from the meeting and accused Tedros of undermining the U.N. agency by siding with Beijing.

"WHO's Director-General Tedros had every legal power and precedent to include Taiwan in WHA's proceedings. Yet, he instead chose not to invite Taiwan under pressure from the People's Republic of China," the statement said. "The Director-General's lack of independence deprives the Assembly of Taiwan's renowned scientific expertise on pandemic disease, and further damages the WHO's credibility and effectiveness at a time when the world needs it the most."

In an address that contained repeated references to China's support for multilateral institutions and developing countries, particularly in Africa, Xi appeared to be differentiating himself from Trump at a time when China and the United States are dueling over economic primacy and global influence.

Any vaccines produced by China would also be considered a global public good and shared, Xi said. He called on countries to support the critical work of the WHO and Tedros after both were accused by Trump of deferring to the Chinese government. Trump ordered a temporary freeze on WHO funding in April and said on Twitter this weekend that he is weighing how to proceed.

Although Xi did not specify a recipient for his $2 billion pledge, that amount would overshadow the amount of WHO funding that the United States promised before it was frozen last month. During the 2018-19 two-year period, the United States committed to contributing about $893 million to the WHO budget, which totaled $5.6 billion, according to funding data published by the agency.

"At this critical juncture, to support the WHO is to support international cooperation and the battle to save lives," Xi said. "China takes as its responsibility not only the lives and health of its citizens but global public health."

John Ullyot, a spokesman for the National Security Council, dismissed Xi's $2 billion pledge as "a token" being used to divert attention from China's actions.

"As the source of the outbreak, China has a special responsibility to pay more and to give more," he said in a statement.

The Chinese government has repeatedly characterized the pandemic as a crisis that is global in nature and called any targeted inquiry that draws undue attention to covid-19's roots in Wuhan a ploy by Washington and its allies to make it a scapegoat. Chinese officials and state media responded furiously last month after Australian officials suggested that agencies such as the WHO, which have relatively limited powers, should be able to swiftly dispatch investigators to the site of emergencies.

Following the Australian comments, China threatened to boycott Australian products. Last week, it effectively cut imports of Australian beef on technical grounds; on Monday, its Commerce Ministry announced it would impose 80 percent tariffs on Australian barley as part of a long-standing anti-dumping investigation.

But Xi reversed course on the proposal in his speech Monday, saying he supports efforts to improve response times for future public health emergencies and would back a review as long as it was "objective and impartial" - and held after the pandemic was under control.

The draft resolution, submitted by the European Union on Monday and supported by more than 100 nations, does not mention Wuhan or China. It asks the WHO to work with other U.N. agencies to "identify the zoonotic source of the virus and the route of introduction to the human population, including the possible role of intermediate hosts."

The document does not propose a review to identify missteps in how countries handled the outbreak and is instead forward-looking. It calls on the WHO to arrange "scientific and collaborative field missions" to help prevent similar future outbreaks. It also appears to rule out the possibility that the virus was man-made or experimented upon - a possibility that U.S. officials have raised but that is considered unlikely by most epidemiologists.

On Monday, Trump retweeted an Australian news report about 116 countries uniting behind an Australian call for an investigation, writing "We are with them!"