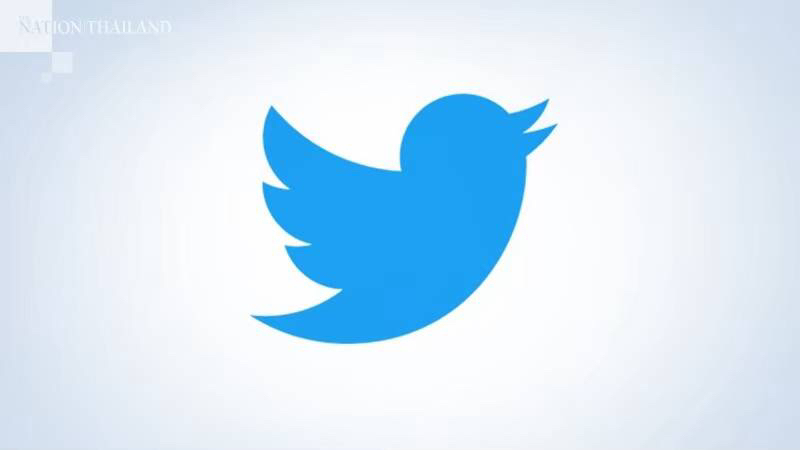 WASHINGTON - President Donald Trump on Thursday signed an executive order that could open the door for the U.S. government to assume oversight of political speech on the Internet, a broadside against Silicon Valley many critics view as a threat to free speech.

The new directive seeks to change a federal law that generally spared tech companies from being sued or held liable for most posts, photos and videos shared by users on their sites. Tech giants herald these protections, known as Section 230, as the bedrock of the internet. But Trump repeatedly has argued they allow Facebook, Google and Twitter to censor conservatives with impunity - charges these companies deny.

"We're here today to defend free speech from one of the greatest dangers," Trump said before signing the document.

While Trump has threatened such action for years, his signing of the order Thursday was precipitated by a decision by Twitter earlier in the week to mark two of his erroneous tweets with fact-checking labels. The small move set off a firestorm of tweets by the president threatening social media companies with regulations and other punishments.

Trump's directive Thursday could set the stage for federal regulators to write new rules and issue new punishments for companies deemed to exhibit political bias. Depending on how the order is carried out, it threatens wide-ranging consequences for a much broader segment of the Internet beyond just the social media giants, potentially affecting every website, app or service where users congregate online.

Already, tech companies are quietly preparing to fight back with a lawsuit challenging the executive order, according to two people familiar with the deliberations who spoke anonymously because no decision has been made.

Legal experts said that the directive will almost certainly be challenged in court, arguing it threatens to undermine the First Amendment. A wide array of critics in Congress, the tech industry and across the political spectrum also accused the White House of deputizing government agencies to carry out Trump's personal vendettas.

"This is simply setting the wheels of law enforcement and regulation in motion against a private company for questioning the president," said Matt Schruers, president of the Computer and Communications Industry Association, a Washington trade group that represents Facebook, Google and other major tech companies.

Trump's order would pave the way for U.S. agencies to revisit and potentially undo long-standing legal protections known as Section 230, which spares tech giants from being held liable for the content they allow online and their own moderation decisions. The directive specifically could open the door for the Federal Communications Commission to rethink the scope of the law, the people familiar with the document said. A change could have dramatic free-speech implications and wide-ranging consequences for a broad swath of companies reliant on doing business on the Internet.

The order also may channel complaints about political bias to the Federal Trade Commission, which would be encouraged to probe whether tech companies' content-moderation policies are in keeping with their pledges of neutrality. It further creates a council along with state attorneys general to probe allegations of political bias, while tasking federal agencies with reviewing their spending on social media advertising, according to the people familiar with the White House's thinking.

"In a country that has long cherished the freedom of expression, we cannot allow a limited number of online platforms to handpick the speech that Americans may access and convey online," according to an undated draft version of the executive order obtained by The Post late Wednesday.

The order marks the White House's most significant salvo against Silicon Valley after years of verbal broadsides and regulatory threats from Trump and his top deputies. It also may raise fresh, thorny questions about the First Amendment, the future of expression online and the extent to which the White House can properly - and legally - influence the decisions that private companies make about their apps, sites and services.

It is not clear, however, if the FTC and FCC plan to take the actions sought by the president. The agencies are independent, operating separately of Trump's Cabinet, leaving enforcement to their discretion. The FCC declined to comment, and the FTC did not immediately respond.

Jessica Rosenworcel, a Democratic FCC commissioner, blasted the draft order Thursday as unworkable. "Social media can be frustrating," she said in a statement. "But an executive order that would turn the Federal Communications Commission into the president's speech police is not the answer."

Others fretted the proposal Trump signed threatens to circumvent Congress. "The idea you could have an executive order that reinterprets a clear statute that Congress passed, that has been interpreted by the courts for over 20-plus years, as recently as yesterday . . . is just nonsense," said Jesse Blumenthal, who leads tech policy work for Stand Together, an organization backed by industrialist Charles Koch.

The White House declined to comment. Trump late Wednesday accused tech giants of trying to censor conservatives ahead of the 2020 election, and Thursday he added on Twitter, "This will be a Big Day for Social Media and FAIRNESS!"

Trump is one of social media's most prolific, influential users. He's armed with a Twitter account that reaches more than 80 million people and a campaign war chest that has made the president one of the most pervasive advertisers on Facebook and Google. But he is also one of the Web's most controversial voices. He has previously shared and tweeted posts, photos and videos that appear to run afoul of major tech companies' guidelines that prohibit or discourage harmful, abusive or false content.

For years, Twitter in particular largely allowed Trump to share his views unfettered anyway, saying that even his most controversial tweets were in the public interest. But fierce blowback eventually forced Twitter to reconsider its hands-off approach, culminating in the company's first-ever attempt Tuesday to label the president's tweets about mail-in ballots.

Trump responded by claiming that major social media companies are biased, threatening to "strongly regulate, or close them down" in response.

Until this week, Trump had issued only threats to regulate or penalize Facebook, Twitter and Google-owned YouTube over a range of claims, even suggesting at one point that the industry tried to undermine his election. Previously, however, the White House has backed down, even shelving prior versions of its executive order targeting social media companies.

But tensions reached a new, public height in July, when the president convened a "social media summit" at the White House featuring GOP lawmakers and Republican strategists, an event seen at the time as a precursor for further action to come. The event drew sharp rebukes from digital experts and congressional Democrats, who said Trump had used the backdrop of the White House to condone some of his supporters' most provocative, controversial online tactics.

That same month, the Justice Department opened a wide-ranging review of the tech industry, which since then has blossomed into a full inquiry on Section 230. Repeatedly, Attorney General William Barr has raised the possibility that the U.S. government could seek changes to the rules. "No longer are tech companies the underdog upstarts," Barr said in a speech in February, reflecting on the origin of the statute. "They have become titans."

The law is controversial. It spares tech companies from being held liable for the content posted by their users but also spares them liability for decisions they make to removed content. Critics long have said those exceptions allow some of Silicon Valley's most profitable companies to skirt responsibility for the harmful content that flourishes on their online platforms, including hate speech, terrorist propaganda and election-related falsehoods.

Republicans, meanwhile, at times have threatened to try to revoke the industry's protections in response to allegations of anti-conservative bias, charges that Facebook, Google and Twitter repeatedly have denied.

On Thursday, many in the industry leaped to the law's defense, signaling a protracted fight to come.

"Based on media reports, this proposed Executive Order seems designed to punish a handful of companies for perceived slights and is inconsistent with the purpose and text of Section 230," Jon Berroya, interim president of the Internet Association, which represents major tech companies, said in a statement. "It stands to undermine a variety of government efforts to protect public safety and spread critical information online through social media and threatens the vibrancy of a core segment of our economy."