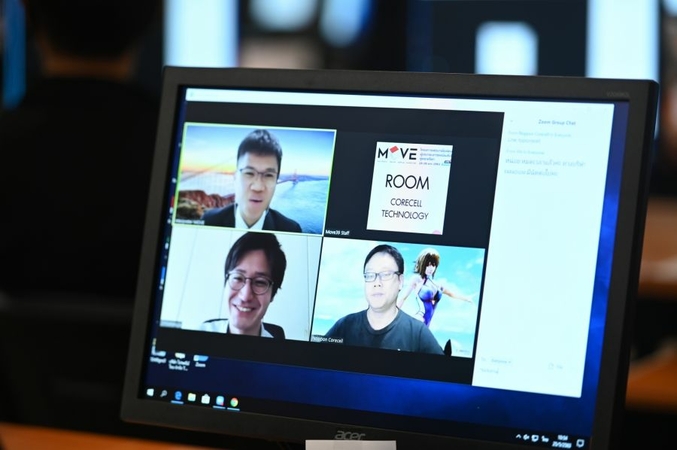 Thailand’s video and digital content industry did a whopping Bt1.4 billion worth of business at its first-ever online international trade fair, the Department of International Trade Promotion (DITP) announced today (May 29).

The Multimedia Online Virtual Exhibition (MOVE) ran from Monday to Wednesday and gave 50 top Thai content producers the chance to connect with buyers buyers from the United States and other large international markets.

DITP director general Somdet Susomboon said that his department had managed to reproduce the atmosphere of a content market online, matching international sellers with buyers via videoconferencing. MOVE featured a comprehensive shop window of Thailand’s digital online content. It also served as a meeting place for domestic and international film and digital companies to collaborate on movies, animations and characters.

Videoconferencing enabled one-to-one meetings and exchanges of files and information between Thai and foreign businesses and artists, said Somdet.

Online trade fairs and expos would be the “new normal”, he said, adding that most visitors to this exhibition-cum-trade expo came from the US, France, Thailand, Vietnam and Germany.

On the trade side, the expo featured 354 online business negotiations, with most participants from China, Malaysia, Japan and Singapore. The value of deals done totalled Bt1.4 billion.

Among them was a deal between Benetone Films of Thailand and an Austrian corporation to shoot a movie in Thailand. Meanwhile Bangkok-based Kantana Motion Pictures partnered up with a Hong Kong corporation to organise an e-sports tournament in Asia.