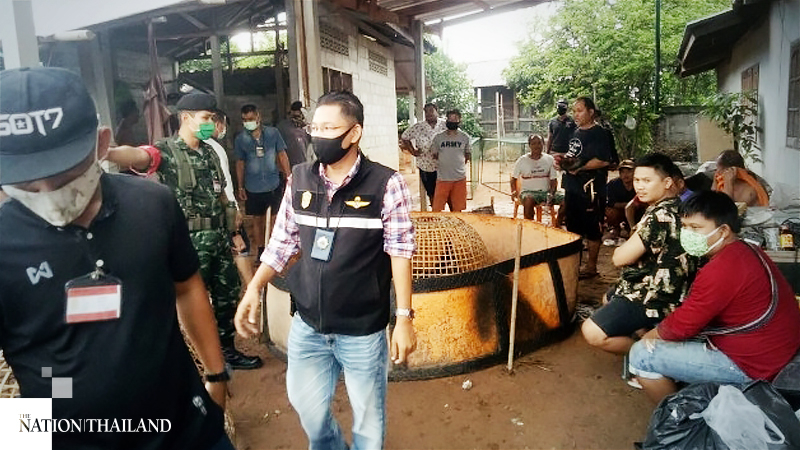 The military and police raided a house used for illegal cockfights in Nong Bua Lamphu province’s Mueang district yesterday (June 1) after residents complained to the Damrongtham Centre about this “local stadium”.

They said cockfights were held illegally in the village and those involved including “gamblers” did not wear any medical masks. Moreover, the noise from the house was causing annoyance to people living nearby.

This owner of the house is said to be one Supawat Prakolapang.

Around 50 gamblers were at the venue when it was raided but only 17 were arrested as the rest made good their escape.

Officers confiscated two roosters, two coops and an unspecified amount of money. People in the house were charged for staging illegal cockfights, gambling and violating the emergency decree by gathering.