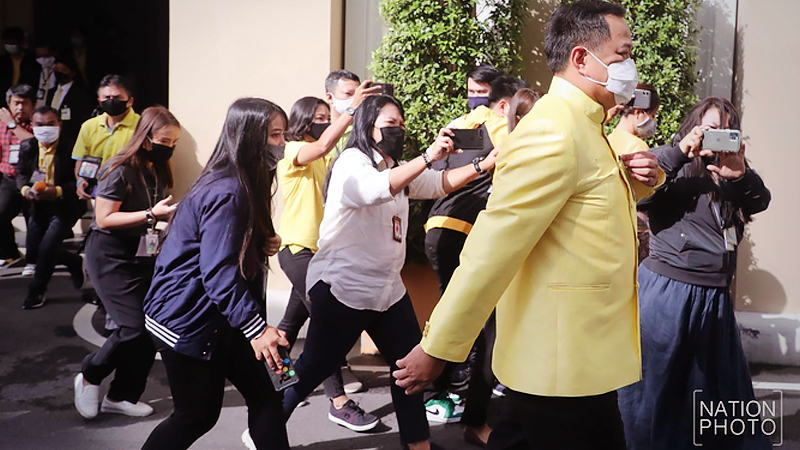 Public Health Minister Anutin Charnvirakul laughed off questions from reporters about not wearing a mask while participating in the US independence day party.

Anutin was asked the question when he came to attend a Cabinet meeting on Wednesday (July 8).

He had earlier posted a photo on his Facebook page, drawing the attention of netizens who pointed out that he was not wearing a mask. Anutin

deleted the photo later. Numerous people criticised the minister for not wearing a face mask, and not practising social distancing at the party. Reacting to the brouhaha over his photo, he just said, “Too much drama on this matter,” and laughed.

The minister, meanwhile, informed that the Thai Embassy in London would consider requests from Thai people in the UK who wished to return home amid the Covid-19 crisis.