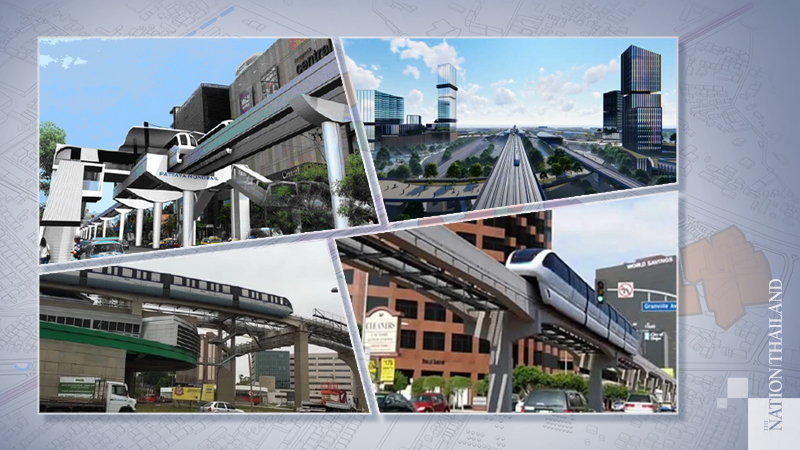 The Office of Transport and Traffic Policy and Planning (OTP) has launched a feasibility study on a railway system around Pattaya City, and reckons construction of the Bt39-billion project should begin by 2023.

This development is in line with plans to make Chonburi the hub of the Eastern Economic Corridor and the proposal was received well by investors at a market-sounding meeting last Friday (August 14).

The railway project aims to foster connections between neighbouring provinces and help Pattaya become a new centre of prosperity in the East, Roengsak Thongsom, a director at OTP, said. 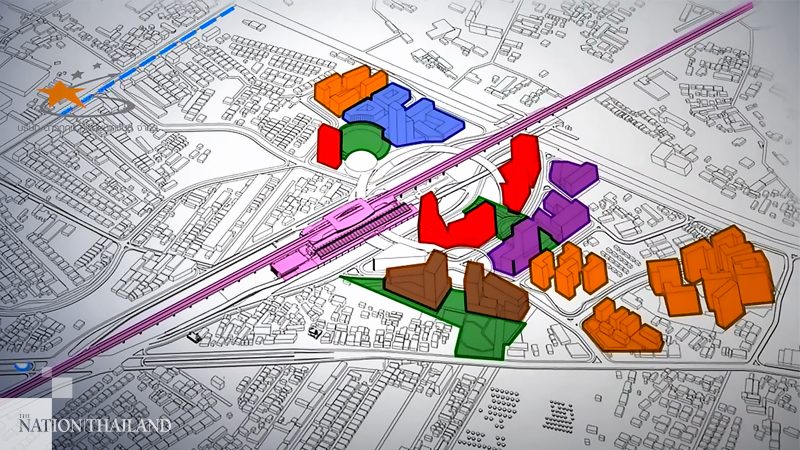 The development area will be divided into six zones based on the Transit-Oriented Development (TOD) guidelines for Chonburi:

Zone 1: MICE City (red) will include commercial areas such as shopping malls, hotels and convention centres to serve tourists and business travellers.

Zone 3: Park Society (green) will include larger green and recreational areas for tourists who attend workshops or communities. A leisure park will also be built in the area.

Zone 4: Active District (purple) will be an integrated commercial development area and include shopping centres, retail shops as well as new businesses like start-ups. It will also include a conference centre.

Zone 5: Liveable City (orange) will include residential areas such as condominiums and housing estates along with recreation areas, markets and green spaces.

According to studies, OTP believes that the population in the area will rise by approximately 24,000 people by 2037, with some 10,000 job opportunities created. It also estimates that more than 12,000 passengers per day will use the Pattaya railway by 2037. TOD will also provide six feeder routes covering 57,000 or 60 per cent of Pattaya’s population.

The project of building a secondary public-transport system for the TOD area will take approximately two years and a budget of about Bt1.35 billion.

Infrastructure, such as roads, footpaths and other public areas, will be jointly invested in by the public and private sectors.

OTP estimates that the initial investment for the project will be Bt4.55 billion.