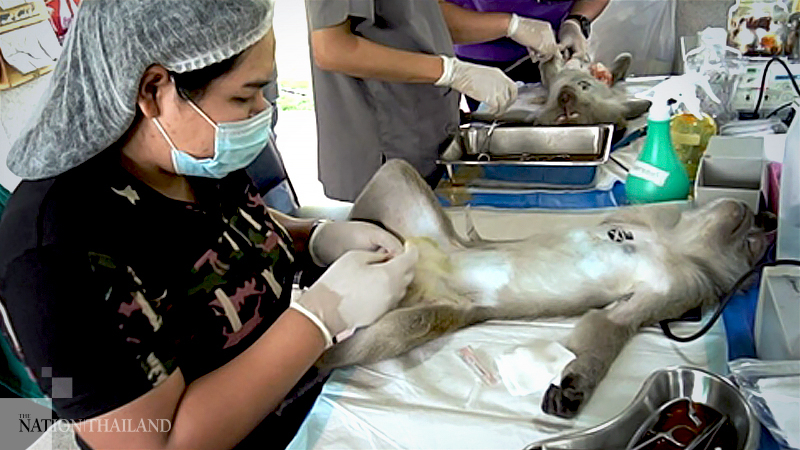 Songkhla province has decided to castrate 200 monkeys on Khao Tang Kuan hill due to increasing problems for locals from their mounting population.

Hunger is taking the monkeys to the city where they forage for food in dustbins and even attack people.

The officials trapped the monkeys by putting food inside cages, then sedated them with tranquilisers and documented them.

After the castration, they will be taken care of by vets for one or two days to see whether they suffer any side-effects from the operation before sending them back to the habitats.

The project to solve the monkey problems in Songkhla, Surat Thani and Nakhon Si Thammarat province is being conducted from September 7-16. The goal is to castrate 400 monkeys. Until Sunday, 200 monkeys had undergone the operation.