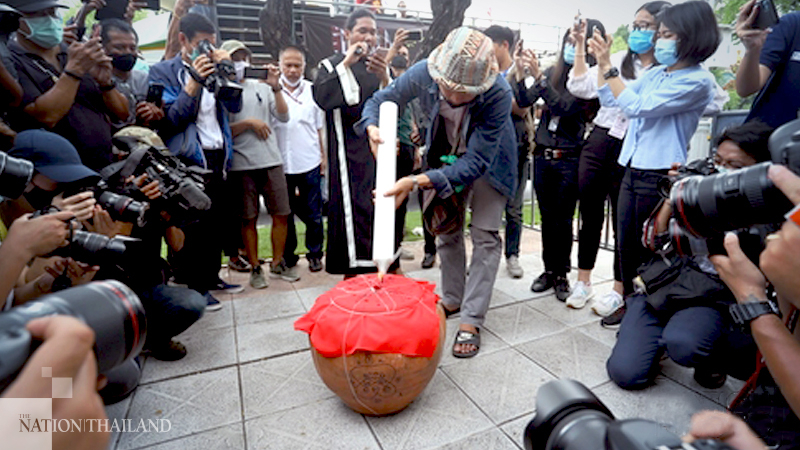 The Free People group held a symbolic ritual in front of the Army headquarters in Bangkok on Wednesday (September 23) to “rid” the country of senators chosen by the junta. 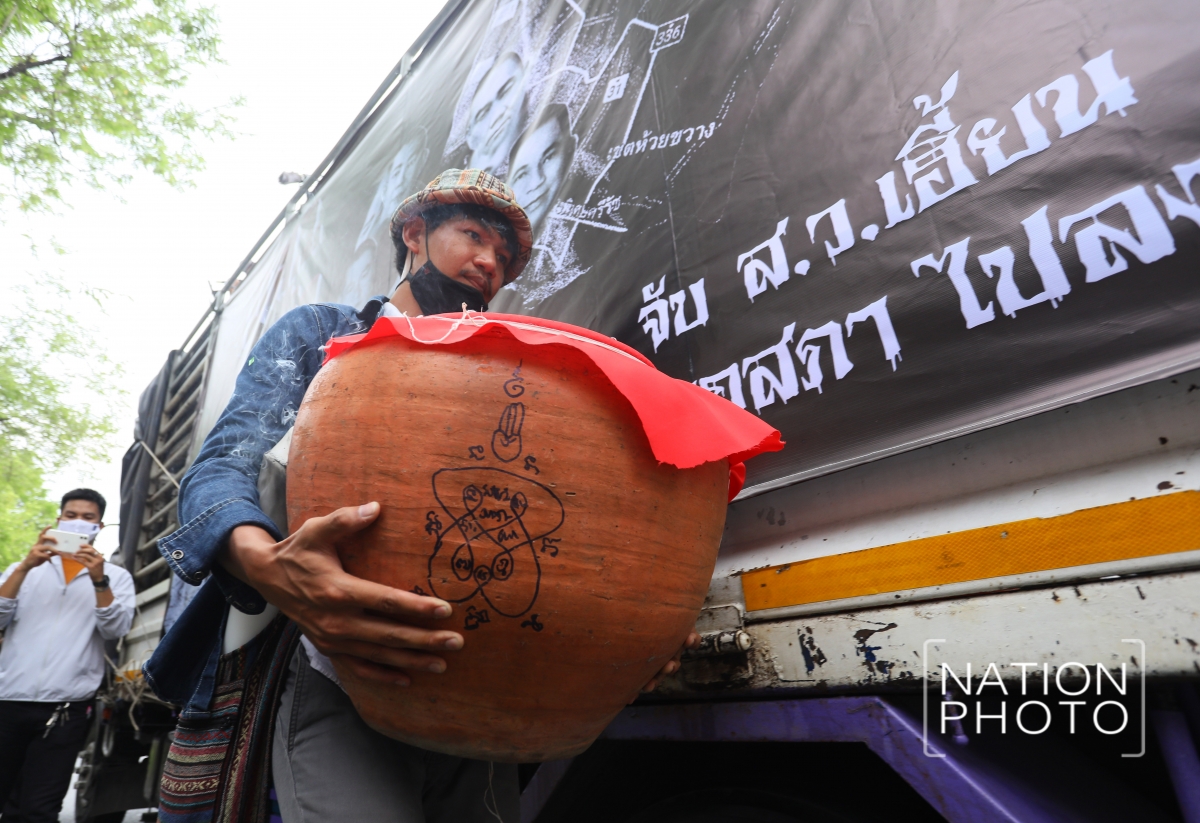 The protesters called on the senators to stop participating in political activities and give up their seats.

The protesters were monitored by officers from the Nang Lerng Police Station. 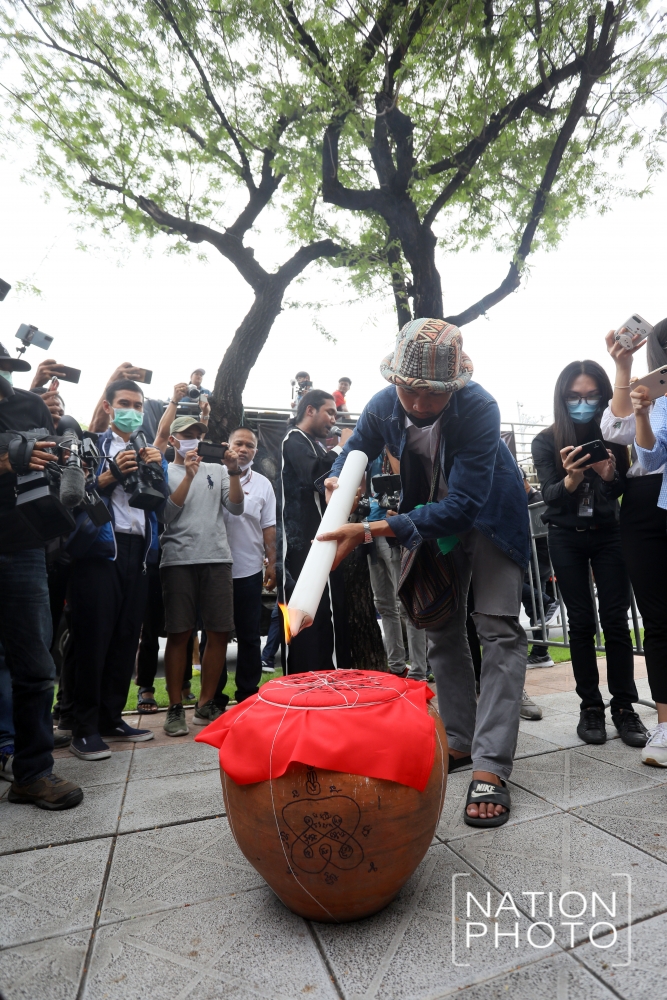 Similar ceremonies were held on the same day outside the Defence Ministry and headquarters of the navy, air force and police.