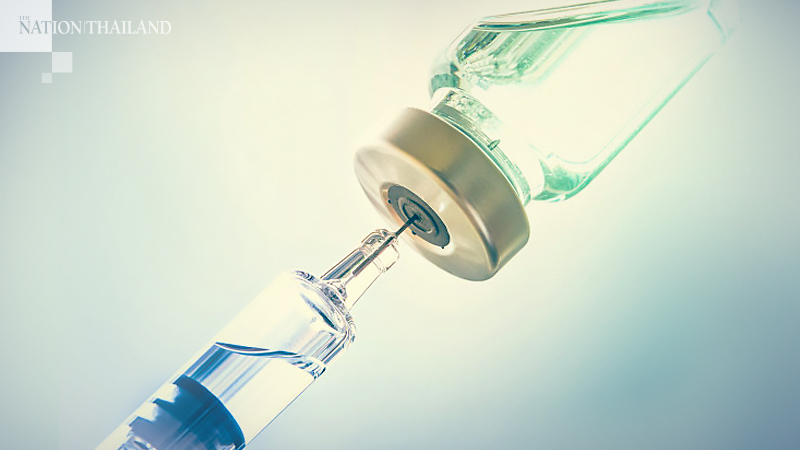 Pfizer says its coronavirus vaccine is safe and 95% effective, will seek regulatory review 'within days'

WASHINGTON - Pharmaceutical giant Pfizer said Wednesday that it will seek emergency authorization for its coronavirus vaccine within days, after reporting that its latest analysis showed that the vaccine is 95% effective at preventing illness and causes no major safety problems.

The experimental vaccine, which Pfizer developed with German biotechnology firm BioNTech, had shown promise in a preliminary analysis announced last week, but the trial sped to completion faster than anticipated because of a spike in coronavirus cases. The new data showed that the vaccine was 94% effective among people over 65, a group at high risk of serious illness, and prevented severe as well as mild cases.

The encouraging report was in sharp contrast to bleak news about the pandemic. Mayor Bill de Blasio, a Democrat, announced Wednesday on Twitter that classrooms in New York City - the nation's largest school district - will close Thursday because of rising coronavirus infection rates in the city, and that all students will learn remotely for an indefinite period.

And the nation headed toward a once-unthinkable milestone of 250,000 deaths linked to covid-19, the disease caused by the coronavirus. On Wednesday alone, more than 1,500 people succumbed to the virus. And the nation registered more than 142,000 new cases, with more than 72,000 people hospitalized.

Globally, alarms were sounded in Australia, Japan and South Korea as case numbers increased, with Yasutoshi Nishimura, who is leading Japan's coronavirus response, noting "a very strong sense of crisis."

Pfizer's findings on its experimental vaccine have not yet been published or peer-reviewed but will be scrutinized by the Food and Drug Administration and an independent advisory committee that makes recommendations to the agency.

That influential panel of outside experts is likely to meet publicly on the Pfizer application during the second week of December, according to people with knowledge about the process who spoke on the condition of anonymity because details have not been finalized. The committee might scrutinize data from biotechnology company Moderna the following week. Moderna said this week that an early analysis of its vaccine showed that it was nearly 95% effective.

Health and Human Services Secretary Alex Azar, in a briefing with reporters, said the two vaccines could be authorized by the FDA and be ready for distribution "within weeks."

"It looks great. It looks like a home run," Peter Hotez, dean of the National School of Tropical Medicine at Baylor College of Medicine in Houston, said of the Pfizer data. Together, the Pfizer and Moderna data suggest that "there is an end date" to the pandemic.

"We continue to move at the speed of science to compile all the data collected thus far and share with regulators around the world," Pfizer chief executive Albert Bourla said in a statement.

U.S. government officials anticipate having 40 million doses of both vaccines - each requires two doses - by the end of the year, enough to vaccinate 20 million people. Pfizer aims to create 50 million doses globally, with the United States receiving about half.

The frenetic speed of the vaccine development is infusing the regulatory part of the process, which will now move to the fore.

Even before receiving applications from the vaccine makers, the FDA has asked its advisory panel to keep Dec. 8-10 open for possible meetings about Pfizer. The session may take up only one of those days. The panel may consider data from Moderna, which is running about a week behind Pfizer, the following week.

The FDA would not comment on the timing of the meetings.

In advance of the committee meetings, the FDA will electronically send the panel - called the Vaccines and Related Biological Products Advisory Committee - voluminous briefing packets with reams of safety and efficacy data. The packets also will contain FDA and company views about the information.

Getting ready for a committee meeting requires extensive work by FDA staff members, said Norman Baylor, president and chief executive of Biologics Consulting and a former director of the FDA's Office of Vaccines Research and Review.

"They are literally swamped," he said. "Plus, the pressures are coming from all sides. It will be very intense."

Often, the FDA staff examines vaccine data for a year - or years - before consulting with its advisory committee, experts said.

"If someone says, 'We are not rushing,' that is not true," Baylor said. "They are rushing."

The FDA will be asking the committee whether the safety and efficacy data of the vaccines justifies the granting of emergency use authorizations, he added. The agency doesn't have to follow the recommendations of the advisory committee but often does. FDA officials have said it could take a couple of weeks or more for the agency to make a final decision after the advisory committee meets.

The FDA's emergency use authorization is a temporary approval used to accelerate the availability of medical products during a public health emergency. Such authorizations require less data and can be done far more quickly. Since February, the FDA has used this power to authorize hundreds of coronavirus tests and a few treatments. But it has authorized a vaccine that way only once - in 2005, against anthrax - and that was under much different circumstances.

Some experts have expressed qualms about using an emergency authorization for a coronavirus vaccine that will be given to hundreds of millions of people, but such criticism has become more muted as the pandemic has raged, killing thousands of Americans a week.

Peter Marks, director of the FDA center that oversees vaccines, has said he would insist on an emergency standard for a vaccine roughly equivalent to what's needed for a full licensure.

Even so, the amount of safety data - two months' follow-up on half of the trials' participants after their second shots - is less than what is submitted for full approvals. And some questions, such as the duration of protection, cannot be answered now, with such data collected as the trials continue.

Earlier this week, the FDA said it would publicly disclose reviews of the scientific data used to authorize drugs and vaccines.

That followed criticism, most notably from the Government Accountability Office, that the FDA had not been sufficiently transparent in disclosing the data used to decide whether to grant or revoke authorizations involving coronavirus treatments.

In a briefing on Operation Warp Speed, the government initiative to accelerate the development and distribution of vaccines, Azar said plans to deploy the shots are coming together rapidly. He said, for example, that nursing homes have flocked to sign up for a program in which chain pharmacies CVS Health and Walgreens administer coronavirus vaccines to residents of long-term care facilities.

"Using pharmacy networks allows us to expand access beyond just stand-alone brick-and-mortar pharmacies, because pharmacists, pharmacy interns and pharmacy technicians also provide vaccinations in places like grocery stores," Azar said. "The ultimate goal here is to make getting a covid-19 vaccine as convenient as getting a flu shot."

Eric Topol, director of the Scripps Research Translational Institute, said the vaccine data, along with other developments in recent days, shows that "things are looking up. It's a really good turning point right now. We are hitting on all cylinders." In addition to the vaccine data from Pfizer and Moderna, he mentioned the FDA's authorization of an at-home coronavirus test and its recent approval of the first monoclonal antibody treatment, which is designed to keep people with mild disease out of the hospital.