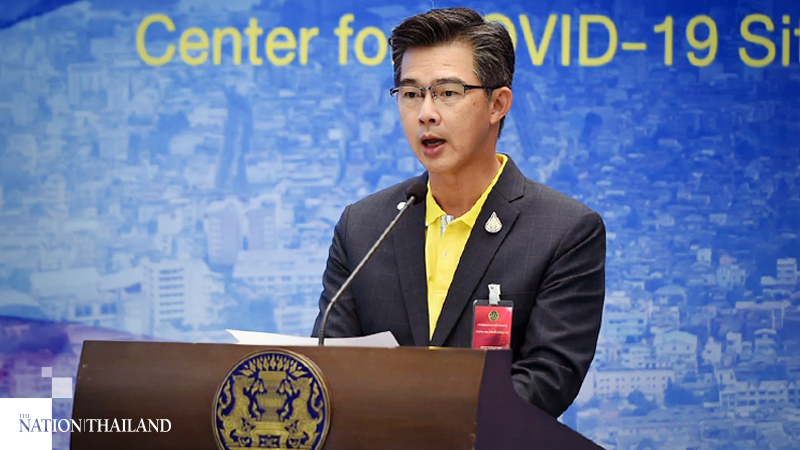 The Centre for the Covid-19 Situation Administration (CCSA) announced on Thursday that some types of visa have been reactivated, the certificate of entry (CoE) validity extended and sports tournaments have been given the go-ahead.

CCSA spokesperson Dr Taweesin Visanuyothin said that since December 1, the authorities have been conducting three Covid-19 tests on people under quarantine, instead of two. The previous set up was to test individuals between the third and fifth day and then again between the 11th and 13th day. Under the new system, visitors will be tested on the first day, then between the ninth and 10th day and then again on the 13th or 14th day.

He said the new testing system may offer authorities an incentive to reduce the mandatory quarantine period from 14 to 10 days, though nothing is clear as yet.

Separately, the Public Health Ministry is looking for ways to cut down on the fees private hospitals are charging for Covid-19 tests. Private hospitals, which have been contracted to test people in alternative state quarantine (ASQ), have been asking the government for more funds.

Tourists have until December 29 to apply for the 15-day visa extension.

Meanwhile, tourists who are unable to travel within the time period specified in the certificate of entry (CoE) will be granted an extra 24 hours. If the travel can be completed within 72 hours after the original timeframe, then a new CoE will not be required.

Taweesin, however, provided little information on the Foreign Ministry’s plan to allow CoE applications to be completed online.

Meanwhile, non-immigrant visa holders from Argentina, Brazil, Chile, Peru and South Korea can stay for a maximum of 90 days based on inter-governmental agreements.

Visa on arrival (VoA), however, is still suspended until the Covid-19 situation gets better.

Three types of visitors – transit visa holders, tourist visa holders (not from the 56 countries and territories listed above) and athletes participating in meetings or competitions hosted by Thailand – will get a 15-day extension on their visa to compensate for the 14 days lost in quarantine.

The Honda LPGA women's golf tournament will be held in Thailand from May 3 to 9. Spectators will be allowed to join based on the virus situation at the time.

Separately, the Digital Economy and Society Ministry is planning to add Mandarin to the Thailand Plus application from January onwards. The apps will also be linked to smart wristbands and Thai Chana apps.

The spokesman added that Christmas and New Year celebrations will be held as usual, but under the new normal, people will be required to maintain social distancing, observe hygienic behaviour and agree to cooperate so there is no need for a lockdown like in other countries.