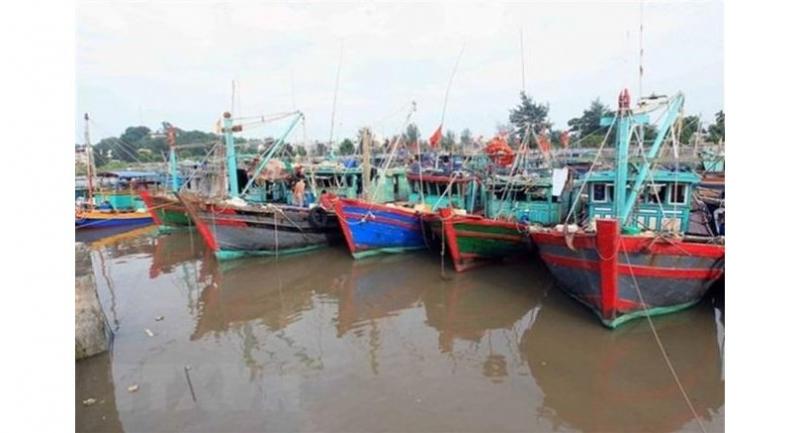 The first major storm of 2019, internationally known as Typhoon Pabuk, is moving west-northwest at a speed of 15km per hour and is expected to cause rough seas and heavy rains in southern localities, according to the National Hydro-meteorological Forecasting Centre.

At 10pm Wednesday, the storm’s eye was 380km off the mainland of the southern region. Wind speeds at the eye reached up to 75 km per hour.

The storm is expected to move west-northwest at 15km per hour. According to forecasts, the eye of the storm will be 170km south of the Ca Mau Cape in southern Ca Mau Province and 200km southwest of Con Dao Island at 10pm on Thursday.

With the effects of the storm and extreme cold spells, strong winds are forecast to hit the western area of the East Sea (South China Sea), as well as the seas from Quang Ngai to Bình Thuan and from Ba Ria – Vung Tao to Ca Mau.

The storm has caused heavy rains and thunderstorms in Ninh Thuan Province since Tuesday night with rainfall of 80-130mm per day. The province also experienced rough seas and waves of up to four metres.

Preparing for the upcoming storm, authorities have taken measures to protect their localities, monitor the path of the storm, and assist owners of sea vessels as they prepare escape routes. They are also mobilising search and rescue teams to be ready in case of emergency.

He told the provincial Steering Board for Natural Disaster Prevention and Control and Search and Rescue to call on all ships operating offshore to quickly return or move out of the storm’s path to safety.

Local authorities reported that all 310 boats operating offshore of Bac Lieu Province have been notified of the storm and will be kept updated on its movement.

Authorities of Kien Giang Province prohibited ships from operating in the provincial sea from 12pm Wednesday until the last information about the storm’s movement is announced.

Relevant agencies were required to instruct ship owners to return or find shelter to ensure safety by 4pm the same day.

Thirteen fishermen on two sunken fishing ships from southern Ba Ria-Vung Tau Province, which were in distress on Tuesday while they were on the way to Indonesia to avoid the storm, have been rescued saved, according to the province’s Board Guard Command.

Their ships sank at around 10am. The provincial border guard is guiding the fishermen to a storm shelter.

Meanwhile, local authorities have lost contact with 18 fishermen onboard two other fishing ships from the province. The command said ship BV 5419 TS with three fishermen and ship BV 5418 TS with 15 fishermen were also on the way to Indonesia to escape the storm. Their ships’ engines had broken when they were 70 nautical miles off Natuna island of Indonesia.

The provincial border guards identified satellite telephone numbers of the two missing ships and are working with relevant agencies to search for the fishermen.