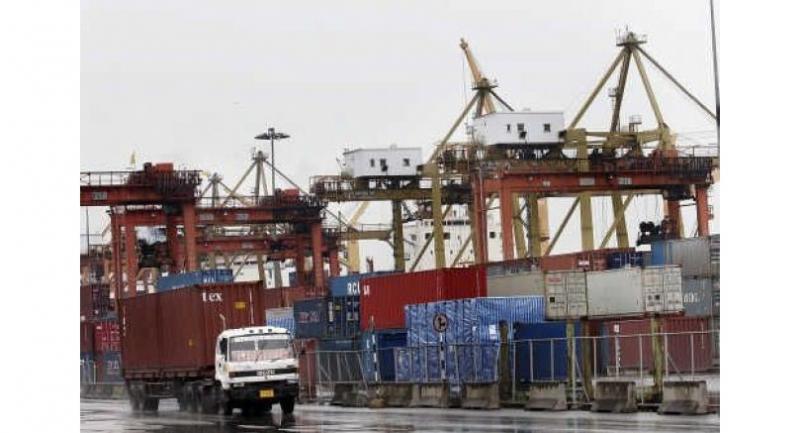 THE baht has hit a six-year high, propelled to 31.05 to the US dollar yesterday after the US Federal Reserve signalled possible interest rates cuts of as much as half a percentage point over the rest of this year.

The Fed’s flagging of monetary easing comes in response to increased economic uncertainty and a drop in inflation expectations. That was enough to push the baht to its highest since October 2013.

At a meeting on Wednesday, the Fed kept interest rates on hold in a 2.25-2.5 per cent target range, amid the US economic uncertainties and the trade tensions with China.

The president of the St Louis Fed, James Bullard, voted against his colleagues by seeking a 25 basis point cut in the benchmark interest rate.

Bank of Thailand or BOT’s assistant governor financial markets operation group Vachira Arromdee said that BOT has monitor baht strong within two weeks that is following the both internal and external factor that impact to baht currency strong when compare with others currency in this regional.

However, if baht still strong higher than others currency by did not relate with the country’s economy based and may be impact with the real economy and the country’s industry, the BOT will restrict with all of financial transaction that has signed to use Thailand to be short-term money supply to speculate on the baht, she said.

However, BOT warning private sector to manage their financial risk that will impact from external factor that may be impact with the country’s currency, she said.

“In this time is the best time for private and publics sector pay back their loan or their expansion such as invest to buy machinery or investment in term of foreign currency that will benefit for the business when baht strong,” Vachira said.

Jitipol Puksamatanan, chief markets strategist at Krungthai Bank, said it was noteworthy that one Fed member voted for a rate cut, with seven of the Fed’s 17 policymakers foreseeing the rates cuts amounting to 50 basis points this year.

The Fed also introduced some new phrasing in its announcement, describing the economy moving to moderate economic growth from solid growth, while inflation still held below 2 per cent. It added the word “uncertainties” and dropped “patient” from its statement, suggesting the Fed’s main attention is with the economic uncertainties.

US stocks rose after the statement, with the S&P500 Index edging up 0.3 per cent. The yield on 10-year US bonds fell 3.3 basis points to 2.03 per cent. The US dollar depreciated against all assets - from the major currencies to crude oil and gold.

The baht is believed to have gained support from capital markets, which are open to more risks and the prospects coming from a clearly easing US monetary policy.

Major risks to US dollar’s continued depreciation are the trade negotiations and the US economic slowdown as a result of the political uncertainty. The Thai currency is forecast to stay in a range of 31.15 to 31.25 to the US dollar.

The Stock Exchange of Thailand Index yesterday continued its rise after surpassing 1,700 points on trade value of Bt107.56 billion on Wednesday. It ended yesterday at 1,717.82 points, up 11.84 points - or 0.69 per cent - from Wednesday’s close. The trading value was Bt75.52 billion. Foreign, institutional, and proprietary investors made net purchases of Bt4.48 billion, Bt1.49 billion, and Bt367.09 million, respectively.

On the domestic economic front, Thanavath Phonvichai, director of the University of the Thai Chamber of Commerce, said that the TCC Confidence Index in May fell to 47.4 from 47.8 in the previous month.

The index is compiled from a survey of chairmen and directors of chambers of commerce nationwide from May 29 to June 5.

The National Economic and Social Development Council’s announcement of a drop of in economic growth for the first quarter of this year - to 2.8 per cent from 3.6 per cent in the same period of last year - was cited for a decline in the confidence levels.

Other negatives that eroded confidence included a year-on-year drop of 2.57 per cent in exports for April, the SET Index’s 53.3 point slump, concerns over the escalating US-China trade war, Thailand’s rising cost of living and the high prices of products and services. Also cited was the imbalance between people’s incomes and their costs of living.

However, some factors give cause for optimism, such as the Monetary Policy Committee’s recent decision to hold the policy rate steady at 1.75 per cent, along with the slight baht appreciation to 31.796 per US dollar at the end of May from 31.86 at the end of this April.

Business operators have urged the government to ease the high living costs for ordinary people as part of efforts to reduce income inequality, while stimulating public investment.

Advances in the country’s transport system should be pushed to increase connectivity and help spur economic expansion. More efforts are also being sought to promote new export markets for agricultural products amid the US-China trade war. Tourism destinations in smaller communities should be promoted, alongside support for greater marketing opportunities for the products under the One Tambon, One Product scheme, business leaders say.