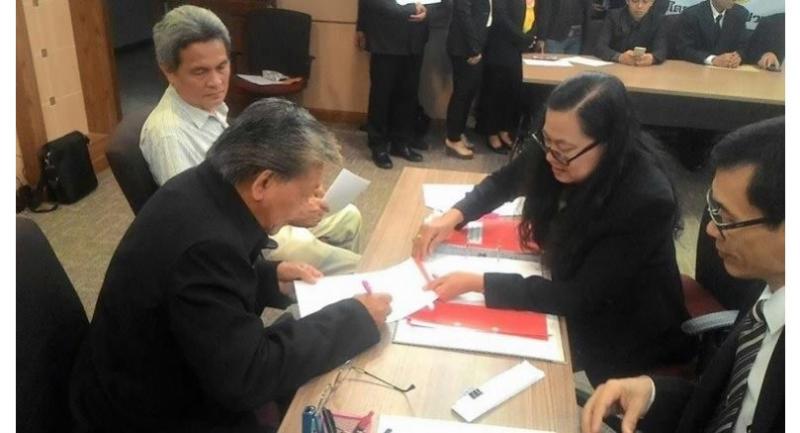 Election Commission (EC) has rejected new party pre-registration for the Communist Party of Thailand, citing that it was unconstitutional and undemocratic, EC deputy secretary-general Sawaeng Boonmee said on Monday.

Representatives of the Communist Party of Thailand on Monday submitted a document requesting to form a new party under that name. The request was signed by Pathom Tanthiti.

Hours after the submission, Sawaeng told Kom Chad Luek online that although his officials had accepted the submission letter, he had ordered that pre-registration of the party not be approved.

“It violates the laws and constitution since it is undemocratic,” Sawaeng said.

Internal Security Operations Command (Isoc) chief Maj-General Peerawat Saengthong said the EC had the authority to approve whether a name was appropriate to be registered or not.

“But so far, it [Communist Party of Thailand] is just a name. There is neither a sign of any threat against national security or constitutional monarchy, nor a cause of division,” he said.

However, Peerawat urged the public not to link the party with the powerful Thai Communist Party that launched a guerrilla war against the government in 1965.

But if anything risked security concerns, Isoc has the duty to look into it, he said.