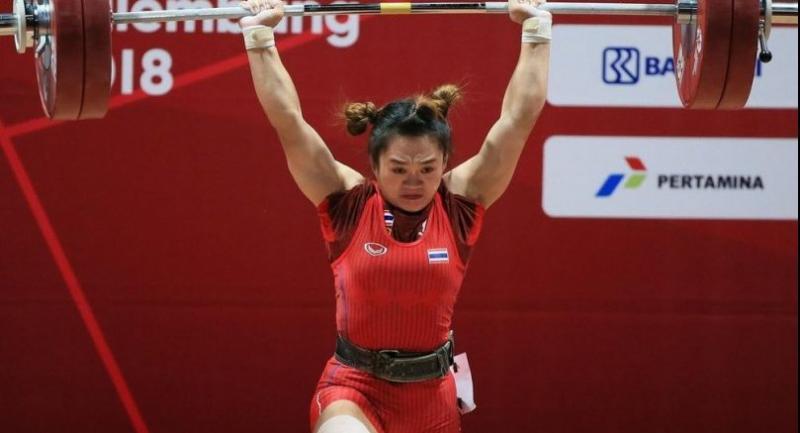 The Thailand Amateur Weightlifting Association (Tawa) has decided not to send anyone to the 2020 Tokyo Olympics after eight Thai competitors, including the Kingdom’s only two reigning Olympic champions, tested positive for drugs at last year’s World Championships.

The decision has been met with dismay by the Sports Authority of Thailand.

Among those who returned positive A samples in Turkmenistan last November and again in extra tests in Cologne, Germany, were reigning Olympic gold medallists from Rio 2016, Sopita Tanasan (48kg) and Sukanya Srisurat (58kg).

Tawa released a statement on Friday, saying they had been working closely with the Doping Control Agency of Thailand under the auspices of the National Doping Control Centre and had never found anything wrong with their own athletes’ tests.

In order to take responsibility, however, the sport’s ruling body announced it would not field any weightlifters in international competitions, including the World Championships in Pattaya, in September, until the case is resolved.

Tawa’s action has been taken before results of B samples, which will be revealed later this year by the International Weightlifting Federation (IWF). According to IWF rules, any nation having three or more athletes with confired positive tests in a calendar year faces a ban of up to four years.

Nevertheless Tawa has taken preemptive action, confirming it will not send anyone to Tokyo 2020 or to any of its qualifying tournaments.

It made clear, however, that it still intends to host the World Championships from September 18 to 27.

The decision to withdraw the weightlifting team from Tokyo will cause a huge impact on Thailand’s performance in the quadrennial sport extravaganza. Weightlifting has always offered among the country’s best prospects of gold medals, having yielded five out of Thailand’s nine Olympic champions since it first took part in the Helsinki Games in 1952.

In the 2016 Rio Games, Sopita and Sukunya were the only two Thais to bring home gold medals.

Sports Authority of Thailand deputy governor Nattavuth Ruengves urged Tawa to discuss the issue with the Olympic Committee of Thailand immediately to find a solution because he thought it unfair for all weightlifters to be barred from the chance to compete at the Olympics.

“Weightlifting offers our biggest chance of medals. The Sports Authority of Thailand is willing to help if we can raise a petition to the IWF,” Nattavuth said.

The Thai Olympic team’s Chef de Mission, Thana Chaiprasit, believes, however, that Tawa’s decision is final and he urged all sports associations to warn their athletes to be extra-careful with any supplementary products and medicines they take.

“It’s very unfortunate that Thailand’s medal chances in 2020 Olympics will be affected,” said Thana. “From now on athletes must take doctor’s advice first before using any medicines or supplements.”