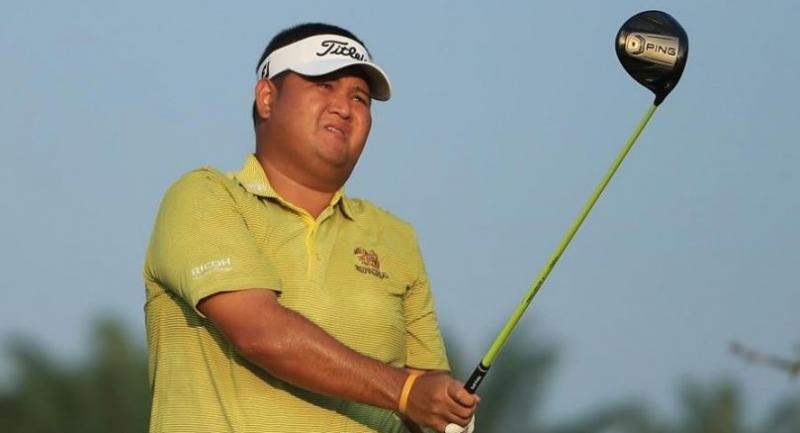 Seongnam - Thai star Prom Meesawat will be looking to capitalize on his recent win and put up a strong performance at The 38th GS Caltex Maekyung Open Golf Championship which gets underway on Thursday.

Coming off the back of his first Asian Development Tour (ADT) victory in Brunei, Prom is brimming with confidence ahead of his campaign at the KR₩1,200,000,000 (approx. US$1,067,000) event, which will be staged at the Namseoul Country Club.

The 34-year-old Thai, who is set to make his second appearance at The Open this July, will also be spurred by good memories in his bid for a third Asian Tour title and a second one in Korea this week. He claimed his maiden win in Korea in 2006.

"It’s always nice to return to a place where you had very good memories of. I won my first Asian Tour title in Korea so it’s nice to be back, although I have never had a good result at the Namseoul Country Club.

But having said that, I’m hitting the ball good and putting good now so I’m looking to put up a good result this week. Winning in Brunei definitely gave me a lot of confidence coming into the week as well.

I’m happy with the season so far. I’m getting fitter, my body feels good and I feel ready to win tournaments! I am constantly working on my game as well. You need to be good in all aspects to win tournaments so I will keep working on that to stay consistent," said Prom.

Rising Thai star Danthai Boonma, who had uncharacteristically missed the halfway cut last year, hopes to redeem himself with a fine performance at the fabled course, which is hosting the storied event for the 33th time this week.

Danthai, a one-time Asian Tour winner in 2015, is enjoying a brilliant run of form, having claimed two victories recently in Thailand and Japan. He won the Singha E-San Open on his local circuit in February and was triumphant on the Japan Challenge Tour two weeks ago.

Indian rookie Aadil Bedi is also raring to get his challenge underway as he hopes to cap a memorable Korean debut in the event that is jointly-sanctioned by the Asian Tour and the Korea Golf Association (KGA). Bedi made the grade in his first attempt at the Qualifying School last December.

Buoyed by a third-place finish on the ADT in Brunei last week, Qualifying School graduate Austen Truslow of the United States will ride high on his confidence as he acquaints himself with the country he has learnt much from in school.

The 38th GS Caltex Maekyung Open Golf Championship is the first of the three Asian Tour events to be played in Korea this season. It has been dominated by Koreans since 2005. American Mark Calcavecchia was the last foreigner to win the tournament in 2004.