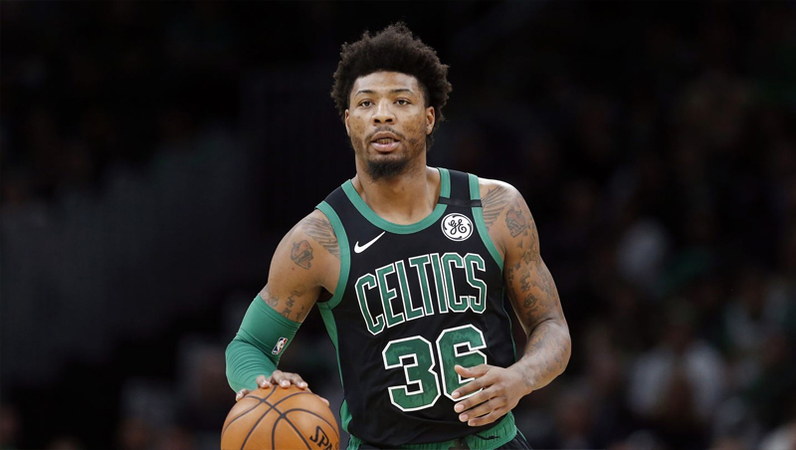 LOS ANGELES - Four NBA teams, including the Los Angeles Lakers and Boston Celtics, announced Thursday that members of their organizations have tested positive for the novel coronavirus, bringing the league's tally to at least 14 positive tests.

The Lakers, who announced plans to test their players after four Brooklyn Nets players tested positive, had two unidentified players test positive despite being asymptomatic. The Lakers and Nets played each other in Los Angeles on March 10, one night before NBA Commissioner Adam Silver suspended the 2019-20 season after Utah Jazz center Rudy Gobert's diagnosis.

"I was tested [five] days ago and the results came back tonight, which were positive," Smart, a 26-year-old guard, wrote on Twitter. "I've been self quarantined since the test, thank goodness. COVID-19 must be taken w the highest of seriousness. I know it's a #1 priority for our nations health experts, & we must get more testing ASAP."

The Lakers and Celtics are among at least eight teams that have chosen to test their players for covid-19, the disease caused by the novel coronavirus, despite a nationwide shortage in testing that has led to accusations of preferential treatment for NBA players.

Silver said Wednesday that teams were following the advice of public health professionals in testing their players, defending the practice because players are so-called "super spreaders" because they work in close quarters, travel regularly and are often in large groups in public.

"They were responsible for making sure we were protected in that regard and I think they failed," Roberts told ESPN.

Josh Sharfstein, a public health expert at Johns Hopkins University and FDA official under President Barack Obama, encouraged NBA players to come forward after testing positive in an effort to warn the general public about the coronavirus.

"Rather than get caught up in a back-and-forth over testing, I've love to see their stars be used as evangelists to young people about what the real priorities are," Sharfstein said. "It's not brave to just say you have COVID-19, you've got to spread the message about washing hands, not going out in groups, the core things that slow the spread."