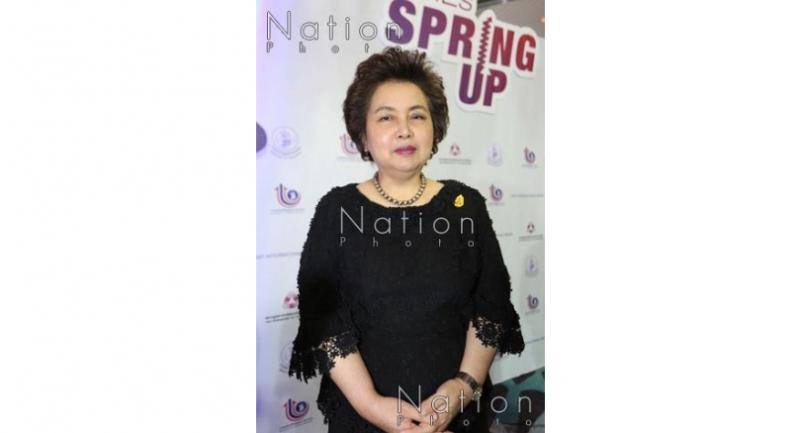 THE BOARD of Investment will include plug-in hybrid electric vehicles (PHEVs) in the new electric-vehicle promotional package that will be unveiled shortly, according to Industry Minister Atchaka Sibunruang.

Earlier, Prime Minister Prayut Chan-o-cha, chairing the investment board, had asked the BOI to reconsider its previous EV proposal, which included only pure EVs – that is, battery electric vehicles, or BEVs – and not hybrids, in order to avoid any negative impact on the automotive industry.
The latest proposal therefore is apparently in line with the PM’s assignment, as well as industry pressure for the inclusion of hybrid electric vehicles.
In an exclusive interview with The Nation group, Atchaka said her ministry was hastening its plan to promote the five targeted industrial groups: agriculture, food and biotech; high-tech industries such as automobiles, electronics and aviation; health and wellness, and bio-med; digital, the Internet of Things, artificial intelligence and embedded technology; and creative culture and high-value services.
For the automotive industry, she said the ministry would like to push ahead in regard to EV development, for which the BOI’s investment-promotion package would include both BEVs and PHEVs.
Because of their high cost, EVs would be “millionaire vehicles” with minimal sales volumes in the initial stage, she added.
A senior industry official, meanwhile, commented that the BOI may need to add some extra conditions to its promotional package for PHEVs, which, unlike BEVs, already had some makers selling the products locally.
Atchaka said the Industry Ministry had set up working committees to oversee most targeted industries, with the exception of those that involved other ministries more, such as the digital and tourism sectors.
Some industries still face obstacles, she said, citing aviation as an example in that the current law allows only 100-per-cent Thai-owned enterprises to invest in them.
While the Transport Ministry has agreed to amend its law on this issue, the fact that it would like to revise the entire law means the process has been delayed, she explained.
“We’re negotiating with Airbus and Boeing to invest in U-tapao. Lufthansa is also interested and has requested a meeting with us,” the minister said.
As well as EV development, “we would also like to upgrade the auto-parts industry to manufacturing for the aerospace and medical-device sectors, which is something that some investors and researchers are already paying interest to”, she added.
Legal hurdles have been dismantled for the government to offer investment-promotion incentives to medical industries, which compares favourably to the situation three years ago, when the BOI was ordered to cease offering investment privileges to health activities due to a conflict with the Statute of the National Health System, the minister said.
Nevertheless, Atchaka said the procurement policy of the public health system remained an obstacle to some domestic manufacturers of medical devices, as the policy favours imported products since locally made devices lack standard references.
In this regard, the prime minister may exercise his Article 44 executive power to reform the Food and Drug Administration, she added.
She also said her ministry’s focus would be on creating a new breed of “economic warriors”, who would lead Thailand into the new “Industry 4.0” era, as well as on transforming industrialists – including community enterprises – into innovation-driven business operators.
To get rid of the middle-income trap within 20 years, Thailand will need to create 150,000 economic warriors, or 7,000-8,000 yearly, she stressed.