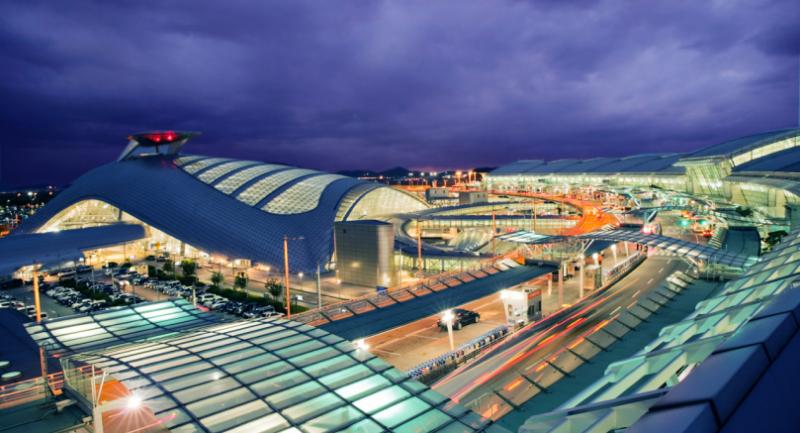 How professionals decide what makes a great airport

Most Of Us have a love-hate relationship with airports.
The misery of queuing to check in and go through security, endless long walkways and uncomfortable departure-lounge seats can usually be alleviated by snapping up a bargain in duty free and thinking about the excitement of the upcoming trip.
But some airports do a better job of making that dead time bearable than others. Skytrax, the British airport and airline review site, collates the views of millions of customers to rank the world’s best airports.
Singapore Changi Airport came out on top in the 2016 list yet again, closely followed by Seoul-Incheon in South Korea. Munich Airport in Germany came third.
Passengers answer questions about 40 different aspects of their travel experience, from the airport’s transport links to the language capabilities of airport staff. The survey is detailed and focuses on comfort and service.
But it isn’t the questionnaire alone which gives Skytrax the answer to what makes a good airport.
Frequent flyer and editor-in-chief of Aerotelegraph magazine Laura Frommberg says a rule of thumb is that the more destinations an airport connects to, the better it is. Airports where airlines are headquartered and keep a lot of planes have a particular advantage.
These are airports which airlines choose to be their “hub”, an industry term for a main junction. For example, Zurich is the hub for Swissair and London Heathrow is the hub for British Airways.
Passengers getting connecting flights want to kill time while they’re waiting for the next leg of their journey.
In Munich, they can while away the hours in a covered beer garden – the Airbraeu. In Hong Kong travellers can go to the cinema. And in Heathrow’s Terminal 5, there are more than 50 stores to peruse.
But it’s not all about amusements. A good airport also has to function properly. Thomas Jahn, a pilot who has been flying for German airline Lufthansa since 1989 and has spent nearly three years of his life in total airborne, looks for rapidity of transit.
His time in airports has taught him the value of short walkways, efficiency and – above all – a speedy check-in, security check and passport control.
One of the most stressful moments of the airport experience is in the baggage claim area after landing, when suitcase after suitcase goes past on the conveyor belt, none of them is yours and you have to file a missing bag claim.
Usually the passenger has to wait for days for their luggage to eventually arrive from the place where it was stranded. If it turns up at all.
The risk of your luggage being left behind is the lowest at Japanese airports. Departing from Tokyo-Haneda, Osaka-Kansai or Centrair, near Nagoya, it practically never happens, says Frommberg.
Alongside all of these practical considerations, there is another important point Frommberg takes into account when she’s at an airport: the atmosphere. Narrow corridors provoke feelings of anxiety, not wanderlust.
Older airports are often dark, like Berlin-Tegel. Natural light has become much more important in the planning of new terminals, where you can normally look out onto the manoeuvring area at the waiting planes, Frommberg adds.
“You need to be able to come in and immediately feel happy and in a holiday mood,” she says.