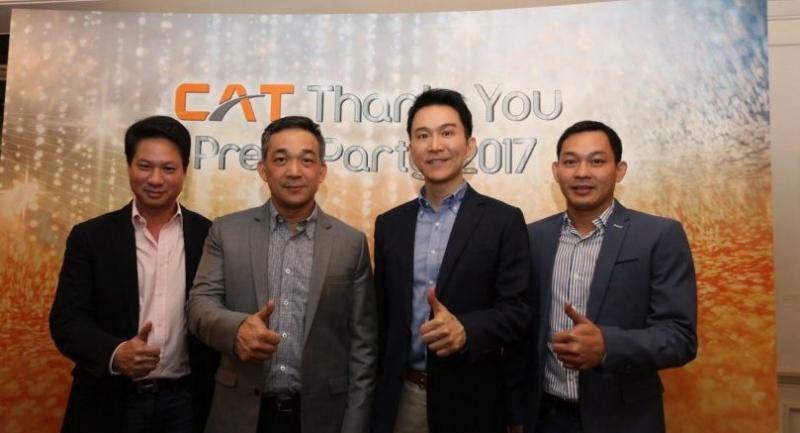 CAT Telecom has shifted its business to digital services, expecting to provide over 67 million Internet of things (IoT) devices to the market within the next five years.

Sanpachai Huvanandana, president of CAT Telecom said that the firm has moved in the direction to provide digital services and to focus on developing a long-range wide-area network (LoRaWan) to support an IoT platform and a smart city platform.
The state-owned firm has traditionally focused on operating Thailand’s international telecommunications infrastructure, including international gateways, and connections to submarine cable networks and satellites.
CAT Telecom has laid down a LoRaWan in Phuket as a pilot site in support of Phuket smart city plans in various services such as global positioning tracking (GPS tracking) and smart logistics. The company is also planning to next year lay down LoRaWans to cover other provinces such as Chiang Mai, Khon Kaen and Songkhla so that it could provide IoT platforms, new services and digital solutions to the commercial market.
IoT devices will become popular in the country and CAT Telecom expects to see the country adopt around 270 million IoT devices in the next five years, about three times the current rate of growth, said Sanpachai.
“CAT Telecom expects to achieve a 25-per-cent market share of IoT devices, or around 67 million IoT devices in the market in the next five years,” said the president.
The firm has set up its network in Digital Park Thailand located in Sriracha district, in Chon Buri province to show support for the Thailand 4.0 scheme. It is also developing a masterplan to support and manage Digital Park Thailand. And the company is seeking business partners to invest in the park in a public-private partnership and expects to choose business partners in the third quarter next year. The firm moreover will work together with business partners to provide new digital services such as providing artificial intelligence (AI) solutions and services designed to support marketing tools, data analytics, smart home solutions and home network solutions to the market. It has joined hands with SISC to provide a digital truck radio system on the 800MHz spectrum and set up 1,000 access points nationwide to support customer demand.
CAT Telecom next year will also invest Bt2 billion to lay an international submarine cable network connecting to other countries such as China, Malaysia, Cambodia and in Asia Pacific region. An increase in submarine cable is required to support big data. That project will help position CAT Telecom as the Digital Asean hub, said Sanpachai.
Sanpachai said the firm’s revenue from January to October this year stood at Bt41.1 billion, with losses of around Bt24 million that reflected declining telephone and broadband services.