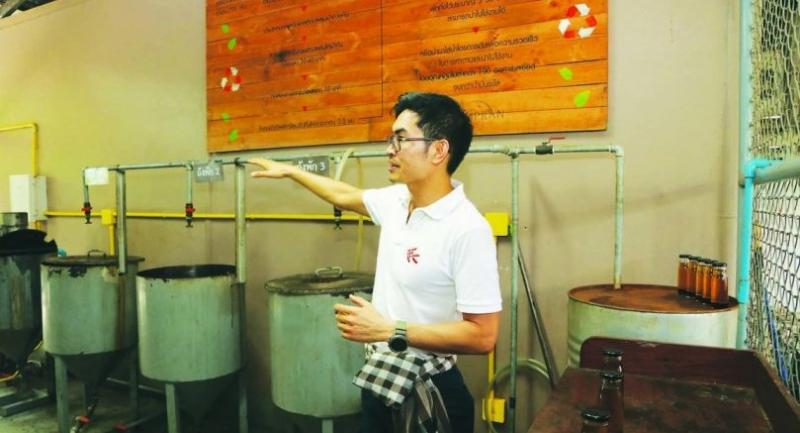 The Sampran Riverside hotel in Nakhon Pathom has become the first organisation in Thailand to comply with the foodwaste prevention standard, “the pledge on food waste.
Arrut Navaraj, managing director of Sampran Riverside, said the hotel started cooperating with LightBlue Environmental Consulting, an expert on hotel food waste prevention programmes, in November last year. The hotel is now reaping substantial benefits in terms of financial gains and employee engagement, Arrut said.
The “pledge on food waste” is a monitoring programme aligned with the United Nations’ Food Loss and Waste Draft Standard and endorsed by groups including the Thailand Convention and Exhibition Bureau (TCEB).
The Sampran has achieved foodwaste reduction by about 20 kilograms per day, food cost reduction by 3 percentage points, and a 12 per cent reduction in food cost per cover. Eventually, the hotel could save up to Bt2 million a year.
It could also soon recycle 100 per cent of its food waste, helping to reduce carbon emissions. All the food waste – including vegetables, fruit and meat – would be used as fertiliser for the hotel’s gardens, while used vegetable oil would be recycled as biodiesel for the hotel’s visitor tram.
“The challenge at the start of the implementation is to change the mindset of the staff. Though they don’t have to work extra time, they must change their thinking and working process. Taking notes, for instance, is a key to succeed because we need to have a daily report on the quantity of supply and waste through every stage,” said Arrut.
He pointed out that there are four types of food waste: cold storage, freshcut fruit and vegetables, guest dishes and buffet line. It was found that the majority of food waste came from guest dishes, representing as much as 60 per cent, followed by buffet line (30 per cent), and fruit and vegetables.
Arrut said the hotel had been successful in engaging employees in terms of cooperation and awareness of foodwaste prevention.
In the next step, the hotel would create a series of campaigns to encourage guests’ awareness in the restaurants and meeting rooms.
Located on a 70-acre (28-hectare) plot along the Thai Chin River, Sampran Riverside is a family-run eco- cultural destination known for its sustainability initiatives.
Eight years ago, Arrut created “the Sampran model” to educate farmers in Sampran district about organic farming.  Currently, the hotel buys about 70 per cent of fresh fruit, vegetables, eggs and herbs from local farmers, with 10 per cent coming from its own farm.
Chiruit Isarangkun Na Ayuthaya, president of the TCEB, said that the bureau had granted a subsidy of Bt400,000 to Sampran Riverside’s foodwaste prevention programme.
Chiruit said this is a global trend and the practice would lead to long-term sustainability and credibility. The TCEB’s newly established innovation and intelligence department has drawn up many projects to push Thailand’s leadership in sustainability, he said.