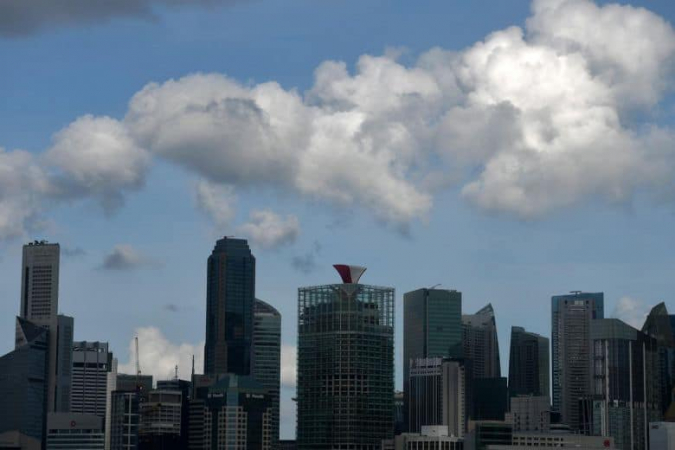 As compared to 2017, Singapore’s ranking jumped four spots from seventh to third this year, and it retained the top position in the Asia-Pacific region. (Photo: ST FILE)

Singapore has emerged as the third most robust data centre market worldwide in a global ranking of 38 countries, and the only mature data centre market in Southeast Asia, according to a report released by property consultancy Cushman & Wakefield today (August 19).

As compared to 2017, its ranking jumped four spots from seventh to third this year, and it retained the top position in the Asia-Pacific region.

The Cushman & Wakefield Data Centre Competitiveness Index identifies factors such as connectivity, ease of doing business, political stability, corporate tax rate, natural disasters, energy and security that are likely to affect the successful operation of a data centre. Countries and cities are then assigned scores based on the weightage allocated to each of the factors.

Singapore’s rise in the global index comes on the back of its improved high-speed connectivity, political stability and low risk of natural disasters relative to other countries, the report said.

“Being sheltered from natural disasters and robust infrastructure, many content operators continue to take advantage of Singapore’s prime geographical location to service their regional clients in Malaysia, Indonesia and Thailand,” it read.

In particular, Singapore has attracted a number of tech companies to set up data centres there, the report noted.

Facebook, for instance, previously announced that it would invest more than US$1 billion (Bt30.88 billion) to build a data centre in Singapore, which is slated to open in 2022.

“It would be its first in Asia, and 15th in the world, a strong testament to Singapore’s continued strength as a global data centre powerhouse,” Cushman & Wakefield said. It added that apart from Facebook, it also saw Equinix, Digital Realty, ST Telemedia and at least two other operators successfully tendered for land plots from JTC Corporation to build data centres.

Spurred by the rapid pace of digitisation and a surge in demand for cloud-based services, Cushman & Wakefield projects that the Southeast Asia region including Singapore, Indonesia and Malaysia, will be the fastest-growing region for co-location data centres over the next five years, with its market size expanding by a compounded annual growth rate (CAGR) of 13 per cent between 2019 and 2024.

“Major corporates such as Google, Alibaba Group, Amazon Web Services have expanded their cloud infrastructure footprint to facilitate their respective expansion plans over the last few years and momentum is expected to continue.

"The progressive rollout of 5G networks across the world is expected to fuel demand for data centres. A 5G network could be up to 20 times faster than the current 4G networks, and would spur massive consumption of data and unlock new capabilities such as self-driving cars, cloud gaming and a thriving ecosystem of smart appliances that require a constant connection. In Asia-Pacific, Singapore is one of the early adopters of 5G, and is on track to roll out 5G mobile networks by 2020.”

The second-fastest growing region is the Asia-Pacific, which is expected to grow steadily at around 12 per cent CAGR over the same period, the report noted.

Christine Li, head of research for Southeast Asia, noted: “As a whole, Southeast Asia as a region offers many advantages for data centre players with a longer-term view.

“Until the levels of infrastructure in the emerging markets of Thailand, Indonesia and Vietnam are sophisticated enough to support the smooth operation of data centres in these markets, data centre players will continue to leverage the twin strengths of Singapore, and the emerging markets of Southeast Asia to navigate the next wave of data centre development. They will favour Singapore for its relative security to store mission critical data and store the business-as-usual non-mission critical data in the neighbouring countries.”