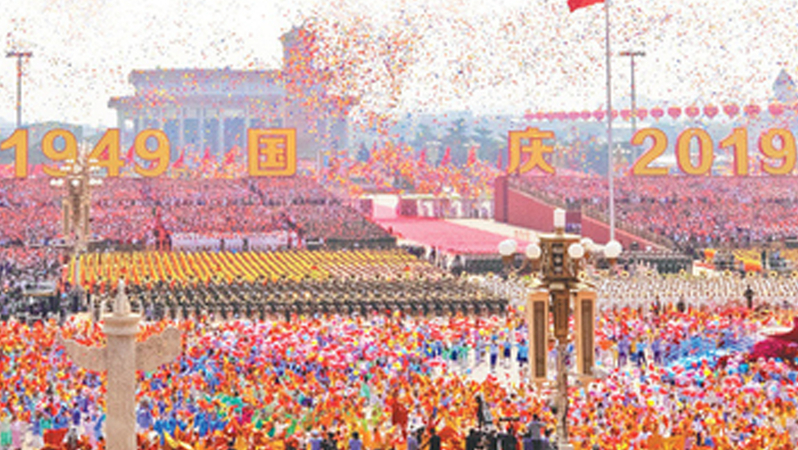 Public opinion on China has turned negative across most of Western Europe and the Asia Pacific, according to a new global survey by the non-partisan Pew Research Centre.

In the United States and Canada, where negative views of China predominate, the rating reflects the largest year-on-year change, the survey released on Monday (September 30) showed.

But public opinion on China remains positive in Russia and Ukraine and across most of the Middle East, Latin America and sub-Saharan Africa, ranging from 46 per cent in South Africa to 70 per cent in Nigeria. 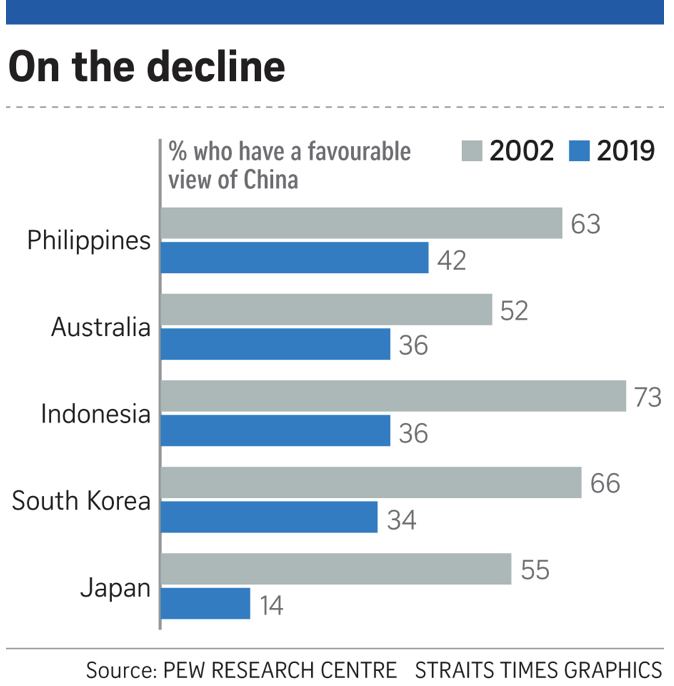 “The share of people who evaluate China positively has also dropped by double-digits in nearly half of the Western European countries surveyed, including Sweden (down 17 percentage points), the Netherlands (minus 11) and the UK ( minus 11),” Pew Research said.

Only in Greece and Italy had opinion improved. And Central and Eastern Europeans were more divided in their assessments.

About 60 per cent in the US and 70 per cent in Canada have negative views, the survey showed In both countries, this was the highest unfavourable opinion in Pew Research’s polling history, it said.

In Canada, unfavourable opinion increased 22 points in the wake of the high-profile arrest in Canada in December 2018 of Meng Wanzhou, chief financial officer and daughter of the founder of Chinese tech giant Huawei, whom the US is trying to get extradited.

In Asia-Pacific, public opinion has also turned negative among countries closer to China. “China… receives unfavourable marks from most of its neighbours in the Asia-Pacific region,” Pew Research said.

In that region, the survey covered five countries -- Japan, South Korea, Australia, Indonesia and the Philippines.

In Japan, 85 per cent said they had an unfavourable opinion of China -- the most negative among all countries surveyed.

But more than half (63 per cent) in South Korea also viewed China negatively. In Australia, the figure was 57 per cent, and in the Philippines, 54 per cent.

Based on those numbers, Pew Research concluded that public opinion is now “hovering at or near historic lows in each of the countries surveyed” in the Asia Pacific.

Survey results were based on telephone and face-to-face interviews.

In general, however, younger people tended to have a more positive stance toward China across most of the countries surveyed, Pew Research said. “In 20 countries, adults aged 18 to 29 have more favourable views than those aged 50 and older,” it said.

In Brazil for example, 67 per cent of younger adults had a favourable view of China, while just 40 per cent of older adults shared that opinion. Large age gaps also exist in Lithuania, Mexico, Indonesia, Australia, Poland and Ukraine.

In many countries though, people 50 and older were also less likely to offer any opinion. About a third or more of older adults in Indonesia, Ukraine, Argentina, Mexico, Tunisia and Brazil gave no opinion.

In the case of the US, the findings are consistent with a survey released in August which found that more Americans were seeing China as a threat. At 60 per cent, unfavourable opinions of China were at a 14-year high -- and up 47 per cent from 2018.

In that survey, amid the ongoing China-US trade war and with China officially identified as a strategic threat to the US, the number of Americans seeing China as a threat doubled from 2007.

The new survey was released on the eve of China’s October 1 celebration of the founding of the People’s Republic. Chinese Vice-Premier Liu He will lead a delegation to Washington D.C. for a 13th round of high-level economic and trade consultations in the week following October 1, an official said in Beijing on Sunday.