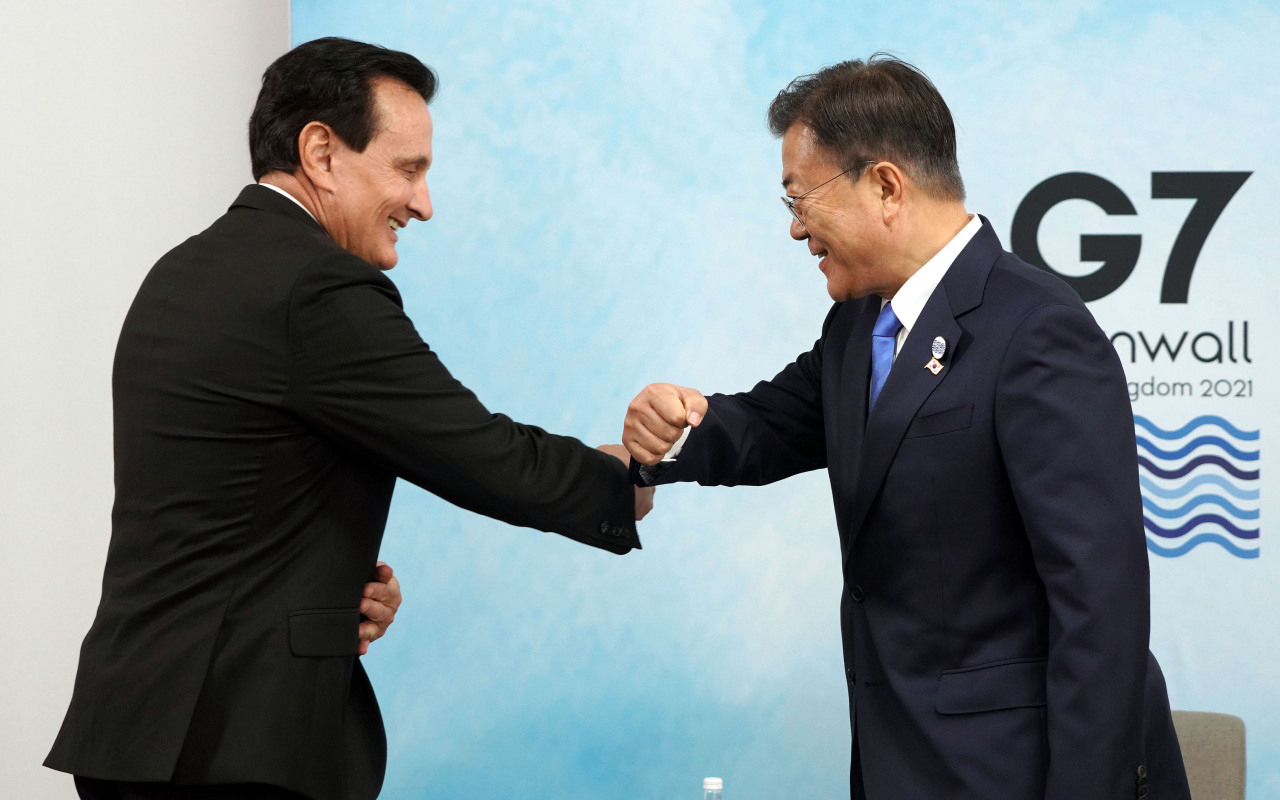 CORNWALL, Britain, -- South Korean President Moon Jae-in had a meeting with the head of AstraZeneca on Saturday and reaffirmed the importance of continued cooperation in the global supply of COVID-19 vaccines, Moons office said.

During talks here with Pascal Soriot, executive director and CEO of the pharmaceutical firm, based in Cambridge, Britain, Moon requested that the two sides maintain collaboration in the biohealth sector for the stable production and supply of coronavirus vaccines, according to Cheong Wa Dae.

AstraZeneca's product is a core element in South Korea's vaccination campaign that got under way in February.

SK Bioscience, a subsidiary of the Seoul-headquartered SK Group, produces AstraZeneca's vaccine in its local factory under a consignment contract.

He thanked the firm for its contribution to Seoul's procurement of vaccines, as it aims to get 14 million of its people inoculated by the end of June.

The AstraZeneca CEO appreciated the nation's role in the COVAX Facility, saying vaccines produced there have been speedily distributed in 75 nations through the coalition, Cheong Wa Dae said.

Moon is on a visit to this southwestern British county to attend a Group of Seven (G-7) summit. AstraZeneca was also invited to join a G-7 session on vaccines and a sustainable future alongside other leading businesses. (Joint Press Corps)