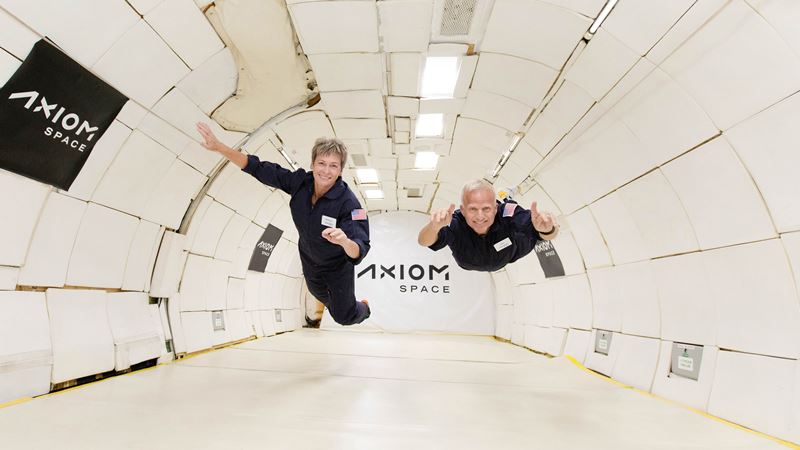 Hes sky-dived or base-jumped some 3,000 times. An avid cyclist, he hang glides, white-water kayaks and flies jets in airshows. Now John Shoffner is preparing to go to space.

As the latest wealthy entrepreneur to book passage to the International Space Station, Shoffner is scheduled to fly alongside veteran NASA astronaut Peggy Whitson in the second half of next year.

The flight would mark the second mission arranged by Axiom Space, a Houston-based company that is training private citizens to become astronauts and flying them to the space station on SpaceX rockets and spacecraft.

The company hopes to fly private missions about every six or seven months, and is working toward its first flight in January, when three billionaires, who are paying $55 million each, will spend about a week on the station. They'll be accompanied by former NASA astronaut Michael Lopez-Alegria.

Axiom would not disclose what Shoffner has paid.

That flight is one of several private astronaut missions coming to fruition in the months ahead. Jared Isaacman, the billionaire entrepreneur who founded Shift4 Payments, is funding an all-civilian flight to space that would raise money for St. Jude Children's Research Hospital. Instead of flying to the station, the SpaceX Dragon capsule would stay in orbit for a few days before coming back to Earth.

After that, Russia is planning to fly two civilian missions to the space station. First, a Russian actress and director would launch to the station in October to film scenes for a movie. Then, in December, Japanese billionaire Yusaku Maezawa and his production assistant Yozo Hirano are scheduled to fly to the station, where they would film segments for Maezawa's YouTube channel. Maezawa has also chartered a flight on SpaceX's Starship spacecraft that would orbit the moon.

It is unclear who might join Whitson and Shoffner on their mission. An Axiom spokesman said that would be revealed at a later date. But recently, the Discovery Channel announced it was hosting a competition for a seat on a future Axiom mission to the space station. Former NASA administrator Jim Bridenstine also said last year that Tom Cruise was working with the company to shoot scenes for a movie on the station.

Shoffner said he is a lifelong space fan who dreamed of being an astronaut when he was a kid and got his pilot's license when he was 17. Now, he flies in airshows and also races sports cars.

He founded Dura-Line Corp. and developed materials and methods for the placement of fiber-optic cable, with operations in more than a dozen countries.

When the opportunity to go to space came along, he jumped at it.

"My activities in life have, I think, prepared me for this mentally and physically. I'm ready to go."

As a NASA astronaut, Whitson broke all sorts of records. She spent 665 days in space, more than any other American; she was the first female commander of the International Space Station and the first woman to serve as chief astronaut; and the first person to hold that position who hadn't served in the military.

She completed 10 spacewalks, more than any other female astronaut. And when she retired in 2018, she figured she had spent enough time in space. "I wasn't sure I would ever get to fly again," she said