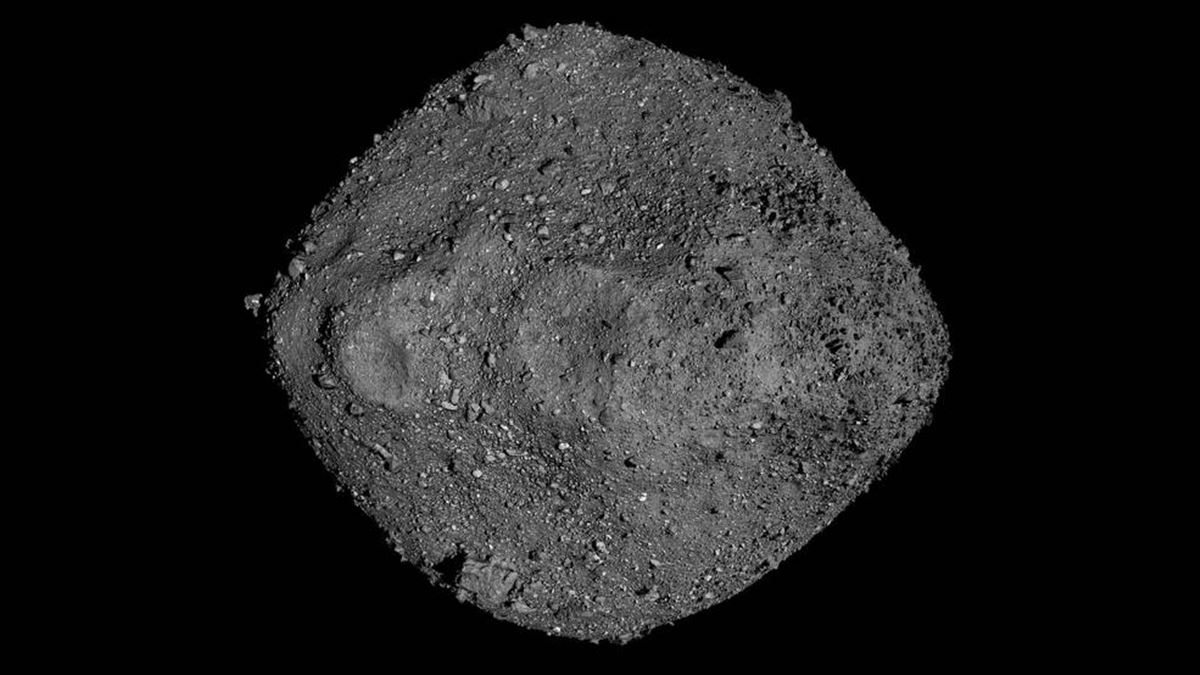 Chances of this asteroid hitting Earth are tiny, NASA says - but not zero

Its not the plot of another doomsday movie. Yet there is a pending, albeit unlikely threat to life as we know it: an asteroid approaching Earth.

Bennu, a rugged, rock-spewing asteroid with a diameter of about one-third of a mile, is headed in our direction, on track to come very close with Earth in September of 2135.

But not to panic, scientists with NASA said Wednesday. Though Bennu will come within half the distance of the moon, the odds of the asteroid colliding with Earth in the next century and causing Armageddon-type of destruction are still very low.

"Even though there is no possibility whatsoever of in impact during that encounter, Bennu is going to be fairly close to the Earth," said Davide Farnocchia, a scientist with the Center for Near Earth Object Studies, a NASA center that calculates asteroid and comet orbits and their odds of impact at the Jet Propulsion Laboratory in Southern California.

Although researchers believe it will not impact Earth, they now face the challenge of deciphering how our planet's gravity will alter the asteroid's path around the sun, NASA scientists said in a conference call with reporters Wednesday.

Scientists noted there is small possibility that the asteroid could pass through what's known as a "gravitational keyhole" that could potentially put it in en route to Earth at a later date in the 22nd century. A gravitational keyhole is a tiny region in space where a planet's gravity can tweak the trajectory of a passing asteroid and put it on a path to collide with it in the future.

Farnocchia said that although recent findings show the odds of impact have slightly increased - from 1-in-2,700 to 1-in-1,750 over the next century - it "does not represent significant change," or a reason to worry.

Farnocchia explained that scientists now have a much better idea of Bennu's path thanks to data collected by NASA's Origins, Spectral Interpretation, Resource Identification, Security-Regolith Explorer (OSIRIS-REx) spacecraft, which orbited and studied the asteroid for over two years.

"Overall the situation has improved," Farnocchia, the lead author of a study published Wednesday, told reporters in a conference call. "I am not any more concerned about Bennu than I was before; the impact probability remains very small."

In the study, NASA researchers used precision-tracking data from the OSIRIS-REx spacecraft to better understand Bennu's movements through 2300, improving scientists' ability to determine the probability of impacting Earth and predict the orbits of other asteroids.

Using NASA'S Deep Space Network of giant radio antennas that support interplanetary spacecraft missions and computer models, scientists were able to determine Bennu's overall probability of striking is about 1 in 1750 (or 0.057%.)

Looking at it from glass half full perspective, it means there is a 99.94% probability that Bennu will not hit our planet.

The potentially hazardous asteroid was discovered in 1999 by the Lincoln Near-Earth Asteroid Research Team, a program that works on detection and tracking, and has been closely observed with 580 ground-based "astrometric observations," mainly made by optical and radar telescopes through 2018, according to the study published in Icarus Journal.

Since its discovery, Bennu has had three close encounters with Earth, in 1999, 2005 and 2011, during which two radar stations collected data of the asteroid's measurements.

Although the chances of it colliding with Earth are very low, Bennu remains one of the two most hazardous known asteroids in our solar system, along with another called 1950 DA, NASA said in a news release.

Researchers stated that the most pressing threat for Earth from space objects are hazardous asteroids that are undetected. However, they said they have detected about 60% of those similar to Bennu in size.

In 2016, NASA launched the OSIRIS-REx spacecraft to fly in close proximity to Bennu to gather information about its size, shape, mass, and composition, while monitoring its spin and orbital trajectory to evaluate its potential danger.

After a 27-month-long journey, OSIRIS-REx arrived in the asteroid's orbit in 2018 and spent two years closely studying the object, before coming back to earth on May 10 of this year.

"The OSIRIS-REx data give us so much more precise information, we can test the limits of our models and calculate the future trajectory of Bennu to a very high degree of certainty through 2135," said study lead Davide Farnocchia. "We've never modeled an asteroid's trajectory to this precision before."

The spacecraft also scooped up a sample of rocks and dust from the asteroid's surface, which it will drop to Earth two years from now, on Sept. 24, 2023, landing at the Utah Test and Training Range, in the Great Salt Lake Desert.

"The orbital data from this mission helped us better appreciate Bennu's impact chances over the next couple of centuries and our overall understanding of potentially hazardous asteroids - an incredible result," said Dante Lauretta, OSIRIS-REx principal investigator and professor at the University of Arizona.

"The spacecraft is now returning home, carrying a precious sample from this fascinating ancient object that will help us better understand not only the history of the solar system but also the role of sunlight in altering Bennu's orbit since we will measure the asteroid's thermal properties at unprecedented scales in laboratories on Earth," he said, according to the news release.

A week after the spacecraft entered its first orbit around Bennu, on Dec. 31, 2018, the mission's team came to the surprise realization that the asteroid was releasing small pieces of rock into space.

Upon arrival at the asteroid, team members also were astonished to find that Bennu is littered with boulders, according to a NASA statement in May.

OSIRIS-REx is not the only spacecraft from Earth exploring an asteroid. Hayabusa2, launched by Japan's space agency in 2014, began orbiting the near-Earth asteroid Ryugu in 2018 and in 2020 successfully completed its mission to collect samples and return them to Earth - according to the Japan Aerospace Exploration Agency.

Traveling at approximately 600 miles per hour, if Bennu were to crash into Earth it would unleash the energy of more than a billion tons of TNT, according to NASA's calculations.

The resulting damage depends on a number of factors and specific circumstances, including location and angle of entry into our atmosphere, but it could create a crater three to six miles in diameter, said Lindley Johnson, NASA's planetary defense officer. The area of devastation would be much bigger: as much as 100 times the size of the crater.

If an object Bennu's size hit the Eastern Seaboard, it "would pretty much devastate things up and down the coast," he told reporters.