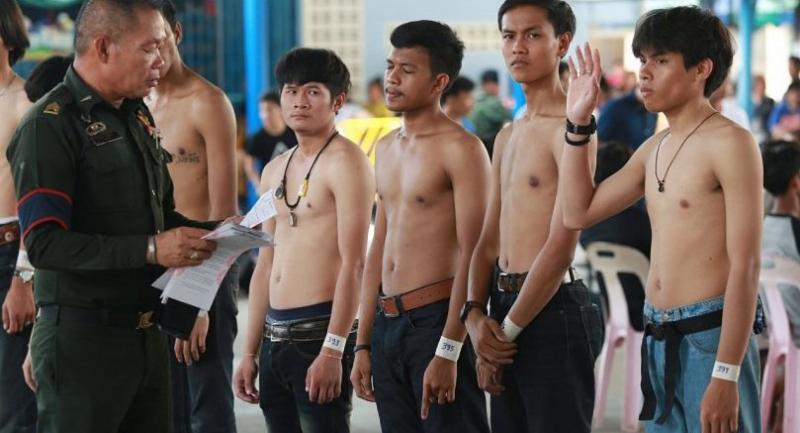 A total of 12,209 men who showed up for military conscription draws tested positive for drug use, of whom 7,174 have been admitted to rehabilitation programmes (2,146 in hospitals and 5,028 in boot camps), Sirinya Sitthichai, secretary-general of the Office of Narcotics Control Board (ONCB), said on Thursday.

The drug users accounted for around 7 per cent of the 182,910 men who showed up for the conscription call this year, he said.

Last year saw 30,089 men test positive for drugs, which was 7.9 per cent of those who turned up for conscription.

Kalasin province – at 678 – reported the highest number of people testing positive, followed by Narathiwat (609) and Songkhla (592).

A majority of the men who failed the test – 11,139 – were found to have taken yaba pills with another 750 testing positive for marijuana use.

The 3,128 men, hired by the Army, who tested positive would join a drug rehabilitation programme during the first phase of their two-year military training and service at their respective boot camps, Sirinya said. Those who tested positive for drugs but were rejected for service would have their information recorded by the ONCB and respective Army regions. They will undergo a 13-day drug rehabilitation programme by the end of this month.

Those volunteering to join a drug rehabilitation programme in their areas, and who are approved by the central hospital’s drug-screening centre, will not be prosecuted under the criminal code or registered with criminal records, said Sirinya, citing Order No 108 of the National Council for Peace and Order that categorises drug users as patients in need of treatment.

On the other hand, those who failed to volunteer (by not showing up to register for the rehabilitation) and failed to get an approval from the central hospital’s drug-screening centre will be forced to participate in the Probation Department’s drug rehabilitation programme. Only when they have passed the programme and not repeated the offence, would their names be deleted from the authority’s drug addicts list, Sirinya said.

The ONCB also tested those registered personnel known as “Thahan Kongkern” from April 1-12, with results due for release today, Sirinya said.

The Thahan Kongkern status ends when the men reached the age of 30, after which they become “Thahan Kongnoon” – organised military reserves.

Conscripts who have completed their two-year service in the military also become Thahan Kongnoon.